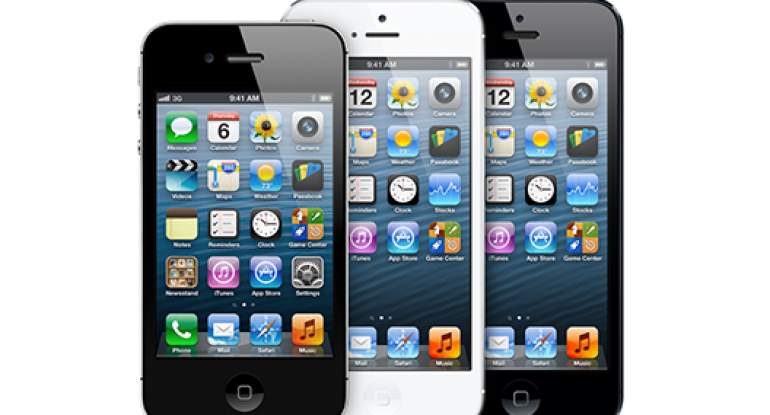 The cellphone market is dominated by the iPhone and Android phones, primarily Samsung models. They range in price from $650 to $850, a huge amount of money. For the same amount you can buy a 60-inch flat panel HD TV, a top-brand refrigerator or a new computer!

Yet, these phones cost under $300 to make, so you’re paying a hefty premium to have the latest model. In the case of an iPhone, if you upgrade from the basic 16GB memory model to the 64GB, you pay $100 more, yet the cost to Apple is about $15.

When buying a phone, I recommend at least 32GB of onboard storage if you store a moderate amount of photos, videos, and music on the phone. 16GB is barely enough, unless you store most of your content on the cloud.

In the past, the cellular companies would “subsidize” these new phones, so your cost would be around $300. But in fact, they never did — they charged you more for your monthly service. Now with service costs lower, these subsidies are gone. Instead, they will sell you a new phone for a single payment or on an installment plan, where you’ll pay off that huge amount over 24 to 30 months with a monthly payment of $25-$35.

But if you don’t want to pay so much for a phone, you have a number of options:

The current models are only incrementally better than last year’s models, and they’ll be last year’s model before long. Last year’s model of the iPhone (6 and 6 Plus) and Samsung Galaxy (S6) cost $100 less, and are available from all of the major carriers. A 2-year-old model may be even less. They’re brand new phones with a full warranty. For example, the iPhone 6 with 64GB memory costs $649 vs. $749 for the 6S.

Instead of buying from the carriers, check out the new phones from Costco. The company often offers rebates in the form of Costco cash cards of $100 to $150 when you sign up through them for a new plan. You don’t even need to be near a Costco store; you can do it online. Other national retailers may offer similar deals.

While all of the hype is around the latest phones from Apple and Samsung, consider other brands that are perfectly adequate and often just as good. While their displays may not be quite as high a resolution or their processors quite as fast, most of us won’t notice. In addition, many come unlocked, meaning you can switch SIM cards if you travel overseas and use your phone there by buying a local SIM card.

If you’re an iPhone user, you may be reluctant to move to an Android phone. But, over the last year or two, I’ve found many Android phones to be equivalent or better, especially for battery life and display sharpness.

Motorola makes an excellent line of Android phones that range from $100 to the top-of-the-line $400 Moto X Pure Edition. You can customize the color, features, and even add your name to the back.  They all come unlocked, allowing you to use your carrier of choice. The X Pure phone has all of the features of many top-of-the-line Android phones and costs $200 less.

Google also sells several models of Android phones under their Nexus label. They’re made by the major phone makers, such as LG and HTC, and offer some advantages over other Android phones. They come unlocked, have none of the crapware that the carriers load onto their phones and instead, come with a clean Google Now interface that’s much easier to use. Nexus phones are also the first to get software upgrades as Google releases them.

The Nexus P is one of their latest phones, built by Huawei, and costs $400 with 32GB of memory, $200 less than a comparable Samsung or Apple model.  This would be my choice if I were purchasing a new Android phone.

If these options are still too costly, consider refurbished phones. These are the phones that others return or trade in when they upgrade, that then go through a refurbishment process. This is a very big international business in which companies, primarily in China, remanufacture millions of phones a month. A refurbished phone generally costs about half of a new model. But you want to buy from a reputable company such as Amazon or Best Buy, and test it out when you get it, especially to ensure it has a new battery that won’t run down in a few hours. Because they go through many steps during this process, quality can vary.

Note: Apple just announced the new iPhone 5SE starting at $399 with 16GB memory. This is the lowest cost iPhone yet, and while it looks just like the older iPhone 5S, it’s been upgraded so that it performs much like the iPhone 6S in terms of speed, photo quality, and overall performance. This provides a good solution for those that want a new iPhone and don’t want to spend more than $650 for the privilege.
This column originally published on PJ Media