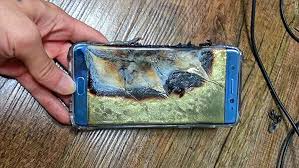 Those involved in the design and manufacturing of hardware products understand that one of the most important parts of the process is testing. That’s the point when all of the assumptions that have been made need to be validated. And the only way to do that is to build hundreds or thousands of units and subject them to a battery of tests. Even then, you might still find problems, once they get into the hands of thousands of customer, that have not been anticipated, but the goal is to be sure that they are relatively minor.

The basic tests that are conducted, in addition to testing how well the product works, include subjecting the products to a wide range of temperatures, humidity and physical abuse, including shocking, dropping, and vibrating. The goal is to insure the product performs the same before and after these series of stresses, and that the product remains intact and safe.

The testing typically takes several months to perform properly. Most large product companies have rooms full of test equipment, including large ovens, shake tables, and fixtures that exercise buttons and switches millions of time to simulate actual use.

In the case of the Samsung Note7, it was puzzling that they claimed they were able to identify the problem that occurred with their initial shipment, fix it, test it, and ship a half-million replacement units in just 2 weeks. That just doesn’t compute, and apparently, that suspicion has been verified by the failures of the second batch of units.

Testing of smartphones is particularly important with batteries that pack a huge amount of energy into a small volume. They contain circuitry to prevent a run away condition should the battery or charging circuitry fail or go out of spec. The batteries are all custom made to fit into the allotted space. Often several companies or divisions are involved: the company building the battery cells, the company packaging the battery and adding the circuitry and connector, and the company putting the battery into the phone. But here’s another opportunity for error. The company doing the assembly may have assumed the battery integrator has performed sufficient testing. I’ve often found that communications and clear division of responsibility among companies are often a weak point.

Yet in spite of a product passing all of this testing and having a sound design, there’s another thing to be worried about. That’s how well the product is manufactured on the assembly line. Most lines rely on the use of many workers that perform the assembly operations and not on automated assembly using robotic equipment. Each operator has instructions and tools to do their job, that varies from attaching a circuit board assembly to the chassis, positioning and screwing the display in place, or soldering a large component in place.

But it’s not uncommon for an operator to make a mistake: not tightening a screw sufficiently or shorting out a circuit. To minimize this, other operators are interspersed in the assembly line to test the partial assemblies, and then the completed product will go through some functional tests to insure it’s working.

But mistakes do happen. One electronic product I was involved in had a screw that was not tightened sufficiently. With little effort, it came loose and rattled around inside the product. That could be catastrophic because the metal screw could short out a battery or blow a circuit. In this instance, the line was building 2 thousand units a day on two 8-hour shifts, and by the time the problem was discovered, 8,000 units were effected. It was traced to one operator on one shift that failed to tighten the screw, even though she had a calibrated screwdriver that should have prevented this. So one individual that might have been distracted, was having a bad day, or wasn’t sufficiently trained caused a massive problem that required thousands of units to be opened, fixed and reassembled.

Imagine a factory building 100,000 units a day and you can see how a small error can have huge consequences. Much like the analogy of a butterfly flapping its wings and causing a hurricane halfway across the globe.