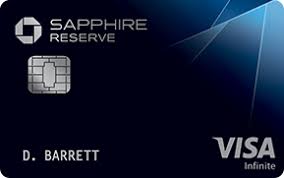 If businesses wonder how they lose customers, this story might serve as an example. It’s not always through clear logic, but often based on emotion and a minor incident that triggers a reaction.

One of the benefits of an American Express Platinum account is that airline fees of up to $200 each year are covered. You need to designate one airline for the year, and you can change it each January if you choose. In January, I designated Southwest Airlines. It made sense because I lost the A status I’ve had for over twenty years and could use some of Southwest’s early boarding fees to board early on crowded flights.

But all is not what it seems and led to an unfortunate experience with American Express. One fee I expected to be reimbursed was a WiFi charge of $8. But when it was not removed on a recent bill, I called Amex and asked for the charge to be offset. The customer service agent said WiFi fees were not included. That was a surprise to me, because you’d think WiFi charges are a commonly used fee. The agent pointed me to a detailed paragraph of what’s covered, and it did not exclude WiFi. It used WiFi as an example of some charges that might involve a third party rather than the airline that are excluded. But it also noted that entertainment charges are rebated, and some airlines require WiFi to access entertainment:

In checking on the Flyer forums, many noted that their WiFi is covered on their Amex Platinum card, with some noting that their United’s monthly WiFi subscription is regularly paid.

But the customer service agent was unyielding. She insisted WiFi is not covered and refused to cover the charge. Having charged tens of thousands of dollars each year for nineteen years on this card, one would expect at least an understanding and a one time adjustment. But she refused. After requesting she check with a supervisor to reverse the charge, she grudgingly agreed and after seventeen minutes on hold, reversed the charge, along with providing an admonishment not to do it again.

Coincidently, I had just received a promotion for the Chase Sapphire Reserve Card, a competitor to American Express Platinum. It’s a late comer intended to improve on the Amex benefits. Most notably its points can be applied to more travel partners and it accumulates two to three times the points on travel and dining purchases. For me, that represents more than half of all my charges. So I signed up, enticed by 50,000 bonus points, but mostly because I was annoyed at how I was treated by American Express.

I called back and explained to a supervisor how this request was handled and he apologized, said how valuable a customer I am, and said he’d look into it and get back to me within 24 hours. That was almost a week ago and I’m still waiting.