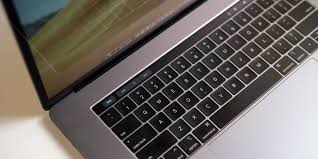 The headline today on most of the tech sites is Apple’s introduction of their new 16-inch MacBook Pro. It’s been long anticipated, not because of a faster processor, not because of a 16-inch display, and not because of better speakers. It’s because it’s the first notebook computer from Apple in five years with a keyboard that works reliably. While it wouldn’t make news if it was a Dell, HP or Lenovo notebook, for Apple it’s somehow a big event.

Apple made one of the most harebrained, stupid decisions four years ago. My sources tell me it was driven by Apple’s head of design, Jony Ive, who has had a long running disease: an obsession with thinness, even when that effected functionality.

Having free rein, idolized through Apple’s PR, and with no pushback from a CEO, who really isn’t a product guy, what Ive wanted was what the engineers delivered. A thinner keyboard using a completely new design. But it never worked reliably, and has been an albatross on their complete line of MacBooks, from thousand dollar Airs to top of the line MacBook Pros.

One of the sources explained to me that the engineers kept pushing back, saying a new design was risky. But Ive and his team were relentless and pushed for thinness over all else.   The result was a keyboard that failed with limited use. Key switches failed to register, registered twice, or just did not work. Customers complained, a lawsuit began, and Apple responded by extending the warranty on keyboards to four years. Over the years they made minor revisions to the design to no avail. An employee at an Apple store advised me recently to wait because the keyboards on current models are still unreliable.

I’ve been using a 2015 12-inch MacBook, the first model to incorporate the thinner keyboard, and I’m now on my third keyboard. But my current keyboard now has a “6” key that no longer clicks, and a shift key that doesn’t always work.  When I wrote my book this year, I had to borrow a Lenovo Thinkpad, because my MacBook keyboard was just too unreliable to use.

By the way, a reliable keyboard costs about $10 to $12 today to build, based on my experience of creating the first foldable keyboard many years ago.

It seems ironic now that this new announcement is getting all the attention it is. People celebrating  the introduction of a product that has what most every other computer has had for decades, a simple working keyboard.

What the tech sites are not celebrating is that this new MacBook Pro costs $2400 to $6000. If you want to buy a less expensive model, you’ll need to take the poor keyboard design. When Apple’s vp of marketing was asked if the other, less expensive models, would also get this new keyboard, he was non-committal and noted how difficult it is to make the change. So Apple will continue to sell most of their MacBooks with the defective design, and it’s likely to be years until Apple brings this new old keyboard to their other notebooks.