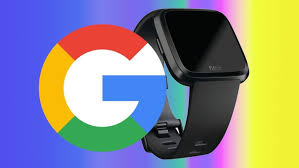 With Google’s purchase of Fitbit for $2.1B, it’s an admission that their own efforts in the wearables market have failed, and the realization of how far Fitbit has fallen since it went public four years ago when it was valued at $9B. It’s another big disappointment for one of Silicon Valley’s most visible hardware startups.

It was less than a decade ago that wearables were all the rage. Dozens of companies were developing connected watches and other jewelry – even rings and special glasses. Remember Google glasses? It turned out that most of the products were gimmicky and the novelty quickly wore off.

Among the scores of wearable products introduced, only Apple has succeeded with the Apple Watch. It took a few years to catch on, but now it’s one of Apple’s fasted growing product lines. Its usefulness is no longer questioned.

This excerpt from Daring Fireball explains it:

Nothing surprising overall. What struck me looking at the numbers is that while everyone is talking about Services, the “Wearables, Home, and Accessories” category — driven primarily by Apple Watch and AirPods — is growing fast too:

Wearables are now bigger than iPad and will soon be bigger than the Mac. And the glasses are supposedly coming next year, and the $250 AirPods Pro just shipped.

Wearables: A failure for Google and a success for Apple

What’s left in the wearables category is Fitbit and a few companies struggling to market products using Google’s operating system. Fitbit has done a credible job, selling more than 100 million devices, and claims to have nearly 30 million users, yet its stock has fallen to under 25% of its IPO. But its longevity has always ben questionable: a survey a few years ago showed that users would wear their Fitbit devices for an average of 7 months before growing tired of them or the product failing.

My first wearable was a Fitbit bracelet that counted steps – a glorified pedometer. I went through two replacements due to the products’ poor quality.

Fitbit’s best feature was its app that kept track of your steps, exercises and heart rate. While they never analyzed the data, they let you track your exercises and share the data with your friends.  Fitbit has focused on health, while Apple created a wrist version of there iPhone.

When Apple introduced the watch, it was expensive and few knew quite what to do with it. Now both Apple and Fitbit are selling full-featured watches for about $200. Apple’s watches remain more useful with their alerts, appointment reminders, the ability to answer and make phone calls, and offering a wealth of health related functions, including a fall detector, heart rate tracking, detecting atrial fibrillation, and taking EKGs. They also work with many 3rd party apps, adding even more capabilities. Fitbit continues to make devices that look cheap, are less reliable, and are more limited.

Fitbit has also lost many of its customers to the Apple Watch, once they decided to upgrade from their first Fitbit.  But because the Apple Watch only works with iPhones, Fitbit remained one of the few options for Android phone users, making the company attractive to Google.

But Fitbit’s future is not assured with Google’s purchase. Google has botched several previous hardware acquisitions. They bought Motorola and eventually sold it after nearly destroying it. They bought Nest, only to see its founder and most of the management leave with the company in disarray. Nor has Google fared much better with their own Pixel phones. Pixels represent a tiny share of the phone market, and the company has never created a good customer support structure. Ask anyone with a broken Pixel phone how difficult it is to speak with someone or get it fixed. Google has also failed in developing a line of Android tablets. Their notable successes have been Chromebooks, low-cost, cloud-connected notebooks, and mesh routers.

Many Fitbit customers have reacted with dismay to Google’s announcement. They’re concerned that their Fitbit products will now be used to track them and share the health information with Google’s advertisers, particularly insurance companies. Fitbit tried to reassure them with this statement:

“Consumer trust is paramount to Fitbit. Strong privacy and security guidelines have been part of Fitbit’s DNA since day one, and this will not change. Fitbit will continue to put users in control of their data and will remain transparent about the data it collects and why.”

In spite of this statement, data privacy is a real concern based on Google’s history and the tech industry in general.  They’ve failed to protect their customers’ data and found ways to monetize every bit of information they collect. I wouldn’t be surprised to see Fitbit eventually disappear into the vast bureaucracy of Google as it falls further behind Apple. Google has a history of replacing the management of companies it acquires. But Google at the helm will fare no better against Apple than Fitbit did, particularly because of the Apple support.

I recently purchased an Apple Watch 5, encouraged by its capability to detect atrial fibrillation and to take a simplified version of an EKG. Self- monitoring is somewhat controversial, particularly causing undue anguish from false-positives, but a cardiologist had recommended it. A sales person in the Apple store provided a patient explanation of all of the models, their functions, choices of cases and bands. He never tried to sell, just inform. A few days after the purchase, Apple emailed me and set up a 20-minute call with one a training specialists to answer questions and take me through some of the less obvious features. It seems Apple is not only inventing new products, they’re inventing new ways to engage and satisfy their customers. Google has a long way to catch up, not only with a competitive product, but with customer support and service.

No, I’m not an Apple fanboy. I’m very critical of many things they have done, particularly their terrible keyboards. But you need to praise them for their tenacity in creating and building this new category and continuing to innovate.