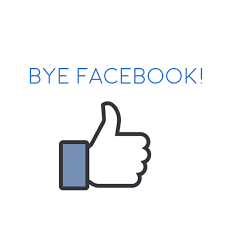 According to recent research gathered by Active Inc., Facebook has been losing usage at a rapid rate. Users spent approximately 14 hours a month in 2017, but this year that number has dropped to 9 hours per month. The loss is particularly high among those between the ages of 12-34, but has effected every group. This is great news for those that have been disgusted with the company’s behavior over the past few years. Bad behavior has consequences, and it could not come soon enough.

And expect this reduction in use to accelerate. With the recent PR campaign with their CEO, Mark Zuckerberg, appearing before Congress, sitting for interviews and writing op-eds, he’s generating more hostility and outrage towards the himself and his company. The decision to have him explain the new decisions has been mocked, criticized, and dug him a deeper hole.

First he announced that Facebook will not fact-check political ads, something every other respected news outlet has always done. This just encourages his platform to be weaponized for the upcoming primaries and national elections. Not only, can politicians create ads with outright lies, they can use his platform to weaponize those ads and direct them to the most vulnerable. That decision was so outrageous that he’s facing a petition from his employees to reverse course.

A second decision, coming right after the first, and adding to the outrage, is the announcement that Facebook would be paying and posting news from “respected” sources in a new news feed tab. Included in the list of sources is Breitbart, not a true news source, but a propaganda site directed to the alt-right, including groups such as white nationalists.

Clearly, Zuckerberg has doubled down on his previous missteps and making decisions that may help his traffic, but are very bad for democracy and for truth in advertising.

I originally joined Facebook to follow my daughter on her vacation trips and to communicate when we were worlds apart. She loved to use it to connect with her friends and share stories of common interest. Last week she told me she was cancelling her account because of her disgust with Mark Zuckerberg in his PR efforts. I came to a similar position and have deleted my account.  Many of us feel a sense of disgust going onto the site, knowing what’s going on and knowing full well that all of our activities there are being tracked, with the intent of targeting us with false ads in the upcoming campaigns.

Here’s a link to opt out. And if you want to dig deeper into all of this, this superb free newsletter from Casey Newton lays it all out each week.