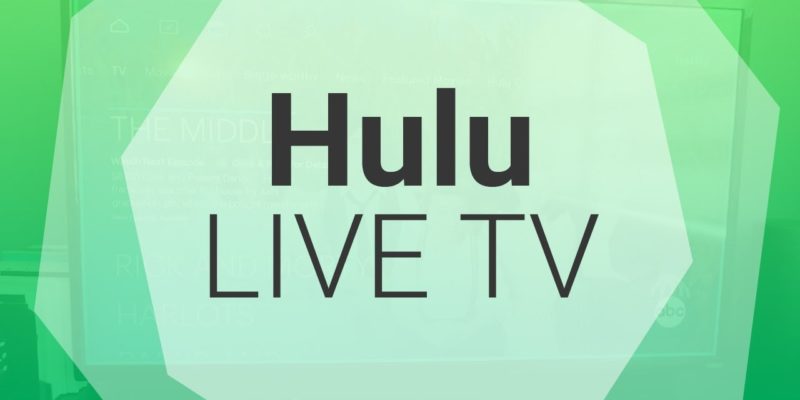 Comparing alternatives to cable for accessing live TV should be simple. But I’m finding it to be not as easy as I expected due to the varying fees and confusing websites. I began this search with the expectation of reducing my monthly cable bill, but was surprised by what I found.

In looking at streaming service alternatives to watching live TV, the two most popular are YouTube TV and Hulu – Live TV. While each can be accessed from a $30-$50 dongle purchased from Roku or Amazon, I was able to access Hulu on my TV through my TiVo. But signing up for a free trial was more difficult than it should have been.

It wasn’t easy to sign on to Hulu from the TV directly, because there was no onscreen alpha-numeric keyboard to enter your information. So I signed up from my computer and then had to search several menus deep to find where to enter the code displayed on the TV screen to authorize the TV set to access Hulu.

After doing that, I realized I signed up for Hulu, not Hulu with Live TV. Hulu itself is a content site displaying  an array of movies and older prerecorded shows, much like Amazon Prime.  Few of the offerings looked appealing unless you like old reruns. You can also record TV shows for delayed viewing; you choose a favorite program, but have no ability to select a particular day.

I needed to sign up for an option called Hulu – Live TV. That required upgrading Hulu on my computer. After doing so, as instructed, I exited the app on the TV and signed in again, but the Live TV option didn’t show up, and a day later still hadn’t appeared. Trying to get help from Hulu was impossible. There was no phone number or email address. The help screen is simply a search window that provides answers to queries, but didn’t address this issue.

So I did the next best thing and evaluated Hulu – Live TV on my computer. While Hulu’s interface for Live TV is utilitarian and basic, much like a program guide in black and white, it was pretty cool to surf channels on your computer.  You can also watch on a TV set from anywhere there’s a good Internet connection. If you’re in a hotel or another home, you’d need to plug your Roku into the TV and connect to the Internet. From talking with others that have done this, many hotels don’t always have a fast enough speed for steady streaming, so some revert to using the hotspot on their cellphones.

The cost for Hulu with Live TV is $55 per month. HBO is an additional $15. There are more options available, including Showcase, sports channels, and the ability to record programs in the cloud for delayed watching ($15 for 200 hours of recording.) If I replicated my current Spectrum cable service on Hulu, it would cost me $85.

How does that compare? I currently use Spectrum for cable TV, Internet and phone, and pay $190/month. If I drop cable TV from Spectrum, the phone service remains at $10 per month and the high speed cable (400 Mbps) goes from $90/mo to $95/mo.  That means my bill would go from the current $190 to $105 if I dropped my cable TV service. So the net cost of using Spectrum for my TV is $85, the same as the cost for Hulu – Live TV.

But there are other savings by switching to Hulu, as noted in last week’s column, primarily the cost savings  from eliminating my TiVo subscription on three sets and no longer renting cable cards the TiVos need, all adding up to about $50/month.

When I spoke with Spectrum to get this information,  they offered a better rate that would result in a small change to my channel lineup that provided a $25 savings, lowering my monthly bill to $165. It’s not a permanent reduction, but one that’s for a year.

That lowers the savings to about $25/month. I would still need to buy the dongles for three sets, so my savings the first year would be about $200.

After last week’s posting about cutting the cable, I received some interesting responses from JoeSentMe readers. One in particular was from Larry T. who went through a similar process of cutting the cord from cable.

“I have 2 smart TV”s , 2 Roku’s, 2 Apple TV’s and 2 Amazon Fires. These were from another time when I had a fullhouse and 8 tv’s. ……. The Smart TV remote is not that great, The Roku’s have very good functionality and are simple to use …..  I tried HULU, Direct TV and YouTube. not easy to use and not good value. checked out disney if you decide to sign up there is a backdoor way to do it to get more and save money. My conclusion, not worth it. I found a deal on STARZ $5 per mo. so I kepy my cable(after beating them down gently) and my bill for the month is $214 but that includes $75 per month for the high speed. i am under $150 and get ALL the movie channels, 2 DVR’s. all the premium sports channels etc.”

I’ve not exhausted all options for finding an alternative to cable TV, and I’ll continue to look into other streaming options, in particular YouTube TV.

I was struck by the lack of support or help of any kind from Hulu. At least with cable it’s easy to reach someone for help. When I cancelled my free trial with Hulu, they never asked for any details as about why I cancelled.

My conclusion so far is that the savings are not substantial, and if you are thinking of changing, it’s worth calling your cable provider and ask for a lower rate. Hopefully, the increased popularity of streaming services will slow the rising costs of cable.

We’re in the early stages of streaming services disrupting how we get our entertainment, and there’s a huge opportunity for a company such as Apple to become a disruptive force and simplify the entire process by creating a new interface and creating a complete solution.

In a post this morning Fast Company notes the loss of customers from traditional cable. But surprisingly, many cutting the cord don’t replace it with streaming. They no longer need all the channels and are turned off by the increasing streaming costs:

In other words, a significant percentage of cord-cutters aren’t just abandoning cable and satellite TV, they’re opting out of bundles entirely, possibly spending some of the money they’ve saved on new options such as Disney Plus. And that makes sense given that live TV streaming has also been getting more expensive. Hulu + Live TV, YouTube TV, and FuboTV all raised prices by $10 per month last year, while Sling TV raised prices by $5 per month across all of its packages. Over the year, prices for AT&T TV Now (formerly DirecTV Now) rose by a whopping $25 per month as AT&T seemingly lost interest in competingfor price-sensitive customers.”