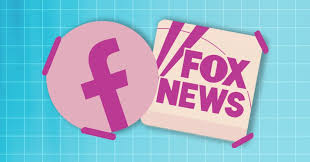 This country barely survived a disinformation campaign that was propagated and amplified by a combination of old fashioned broadcast propaganda and newly created algorithmic technologies. If we are to protect our democracy, both need to be addressed.  The most prominent actors in each of these areas are Fox News and Facebook.

While they’re very different from one another, both were instrumental in propagating misinformation, false narratives, and outright lies that contributed to the storming of the Capitol. Both spread the claims that Trump really won the election and it was stolen from him, in spite of losing all of his court appeals. Talk show hosts and newspeople supported these claims, promoted conspiracy theories and gave access to spokesman that lied and went unchallenged.

In an op-ed piece in the LA Times, Chris Stirewalt, the Fox News employee that called Arizona for Biden, and was recently let go confirms this. “The rebellion on the populist right against the results of the 2020 election was partly a cynical, knowing effort by political operators and their hype men in the media to steal an election or at least get rich trying. But it was also the tragic consequence of the informational malnourishment so badly afflicting the nation.”

In the case of Facebook, you had fake news stories presented in the same way as real news, and the use of algorithms to deliver the stories to those with the inclination to believe it, reinforcing their beliefs. That’s the problem with Facebook. It’s not that fake news exists, it’s that it’s purposely served to those already wanting to believe. Facebook algorithms simply reinforce beliefs, because it’s the same algorithm that provides its members with ads based on their predetermined interests.

In fact, many of the participants in the Capitol mob were introduced to groups on Facebook that supported insurrection and organized the transportation and housing to bring them to Washington. Facebook actually became the recruiter for these fringe groups.

Apple’s CEO Tim Cook also links Facebook to real world violence.  “At a moment of rampant disinformation and conspiracy theories juiced by algorithms, we can no longer turn a blind eye to a theory of technology that says all engagement is good and the longer the better,” Cook said.

So what can be done about this? Free speech on television stations can rarely be censored, even when the speech is full of lies. And we probably wouldn’t want the government to decide what can be said and what cannot. But we can address these issues in other ways. In the case of Fox News, one way is to stop doing business with their advertisers and let the advertisers know. Some of them may not even be aware of the programs where their ads appear, so let’s do them a favor by letting them know. Particularly now, most of these advertisers do not want to be associated with the attempted insurrection of the Capital.

This link is a list of Fox News advertisers along with contact information that can be used to register your dissatisfaction.

I hope we’ll see all of this advertiser data on a convenient app that lets communicate with advertisers directly whenever they advertise on one of the offending  shows.

In the case of Facebook, we can expect to see some movement to address its behavior, beginning with the anti-trust charges they face for buying its competitors to avoid competition. And they just might extend the ban they’ve had on political advertising.

Congress is also looking at revising or even eliminating Section 230, the law originally created to foster the growth of small Internet companies. Section 230 says that “No provider or user of an interactive computer service shall be treated as the publisher or speaker of any information provided by another information content provider.”

This has allowed companies to innovate and not be responsible for content posted by third parties, as is required by newspapers. Website owners could moderate sites and not be concerned with legal liability of what others posted. For example sites and services  could allow reviews posted without being held responsible for their content.  This law was written to protect small startup companies and was never intended to protect a huge company such as Facebook.

While the law is unlikely to be repealed, new regulations are being discussed that require sites to knowingly not publish information designed to incite or is knowingly false. Other recommendations include restrictions on cyberstalking and terrorism and much more proactive moderation efforts that are clearly disclosed.  Until changes are made, Fox News and Facebook will continue to be a threat to our safety and to our country.