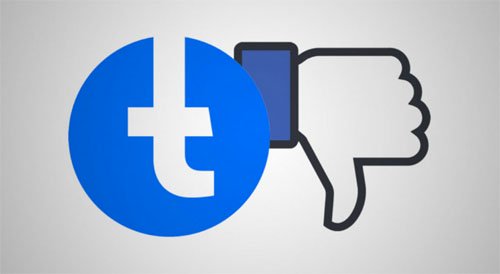 For years, Facebook has been criticized for the damage it creates because of its basic design that uses a set of rules and algorithms to bring people of like interests together. Originally it was intended to be used for advertisers, serving up ads to their most likely customers, based on their members’ interests. So, much like fire, it could be used for good or bad, depending on who accessed it. And now we’re learning just how bad it’s become.

Facebook has been used to organize extremists, including radical groups participating in the January 6 riot, disseminate false information and used by repressive governments to identify, arrest and execute anti-government protesters.  Whenever these incidents surfaced, Facebook would apologize and say they would try to do better.  They wanted us to believe that the positive aspects of Facebook made it all worthwhile. But now we’re learning of another side of Facebook that’s even worse than most believed.

In a remarkable investigation, titled the Facebook Files, the Wall Street Journal uncovered some of the damage that Facebook has been covering up. Information leaked by Facebook employees show that Facebook has been aware of the toxicity of both the Facebook product and Instagram, its other social product.  Internal surveys conducted by Facebook show how Instagram has led to an epidemic of mental health issues and suicides by young girls becoming addicted to the product. And, remarkably, knowing this, they are still planning to create a version of Instagram for kids.

The company repeatedly told the public and congress that its impact on teen well-being was “quite small” and there was no consensus Internally. Yet research by Facebook that was leaked showed that “32% of teen girls said that when they felt bad about their bodies, Instagram made them feel worse.”

In another revelation, Facebook says all users are subjected to the same rules of moderation. But a secret program called “XCheck” actually  protects 5.8 million VIPs from having their content removed when they violate Facebook’s policies. In 2020, this led to their posting rules being violated  and viewed 16.4 billion times, including posts by Trump. Facebook has hid this information from its Independent Oversight Board, created to insure Facebook was applying its rules fairly, and were never told that a program such as XCheck even existed.

In the latest revelation, the biographer of a new book about Peter Thiel, a Facebook board member and investor, described how Thiel,  Zuckerberg, Jarod Kusher and Trump made a deal to support conservative postings on Facebook in exchange for the government not going after Facebook.

According to Kara Swisher in the New York Times, “Facebook made a heralded change to its algorithm in 2018 designed to improve its platform — and arrest signs of declining user engagement. Mr. Zuckerberg declared his aim was to strengthen bonds between users and improve their well-being by fostering interactions between friends and family. Within the company, the documents show, staffers warned the change was having the opposite effect. It was making Facebook, and those who used it, angrier,” The Journal reported. “Mr. Zuckerberg resisted some fixes proposed by his team, the documents show, because he worried they would lead people to interact with Facebook less.”

In a prescient quote several years ago, Marc Benioff, CEO of Salesforce, compared Facebook to the cigarette companies, pushing their product while knowing the terrible harm it was causing.  With these revelations from internal whistleblowers, we’re seeing that was not an exaggeration.

Will these revelations make a difference? Only if the government decides to impose some of the same penalties it did to the cigarette companies. Most have assumed Facebook was aware of the damage it was doing, even though they never acknowledged it. Now there’s a smoking gun.