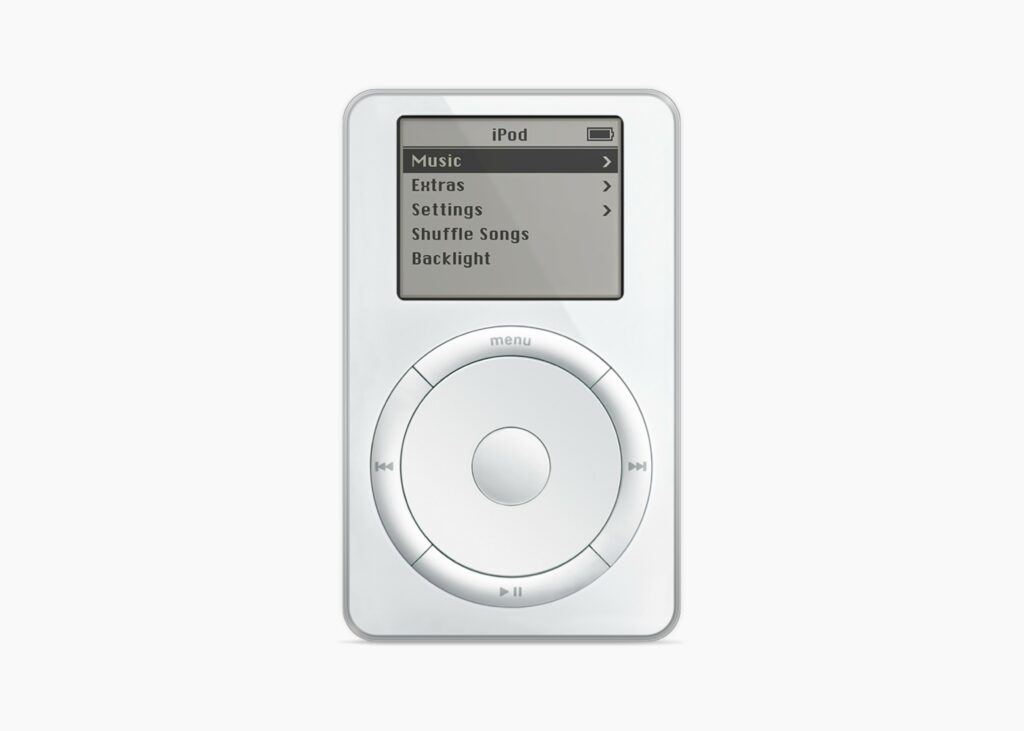 With this announcement, Apple announced the end of an era, the discontinuation of the iPod after 21 years:

“Music has always been part of our core at Apple, and bringing it to hundreds of millions of users in the way iPod did impacted more than just the music industry — it also redefined how music is discovered, listened to, and shared,” said Greg Joswiak, Apple’s senior vice president of Worldwide Marketing. “Today, the spirit of iPod lives on. We’ve integrated an incredible music experience across all of our products, from the iPhone to the Apple Watch to HomePod mini, and across Mac, iPad, and Apple TV. And Apple Music delivers industry-leading sound quality with support for spatial audio — there’s no better way to enjoy, discover, and experience music.”

The iPod was a revolutionary invention that changed the face of recorded music in both good and bad ways. On the good side, it allowed users to easily purchase and then download and carry thousands of tracks of recorded music in their pocket. It was the most convenient listening device ever. Previously, music was purchased as physical media, CDs, vinyl, and recorded tapes. To listen to music while on the go, we used devices such as the Sony Walkman and later the Discman, hardware that played tape cassettes and CDs. I recall many trips to Japan and Taiwan, carrying my blue metallic Sony Walkman, its foam tipped earphones, and stacks of plastic tape cassettes of my recordings made from vinyl using a home tape cassette deck. We took care in preserving the audio quality using high-end cassettes from TDK and Maxell.

But with the conveninece the iPod brought, the quality of iPod music was much inferior to those tapes and CDs that followed.  The new product actually sounded worse than what it replaced. That’s because Apple decided it was more important to put more tunes on an iPad than to retain the quality of what came before. As a result, they highly compressed the audio files, reducing their size to less than 15% of a CD, discarding 85% of the audio data. You heard the basic music, but missed the nuances, the overtones, the dimensionality and the details. As a result, several generations never heard music at its best. They grew up listening to poor quality MP3 audio.

What was so ironic is that this was touted as progress, yet technology never did this with other areas. Image quality of photos consistently improved, resolution of our flat screen TVs constantly improved, but audio quality became much worse.

And once people became used to the poor quality of the music they downloaded on their iPods and similar devices, streaming music continued to stick with the same low quality files.

Fortunately, audio quality is now going through a reversal with several of the major streaming companies now streaming the full audio files that are up to 5 times more data rich than that of a CD, and over 30 times that of an iPod track. Qobuz, Amazon, and yes, even Apple, offer high resolution quality.

Thanks to the iPod, audio quality for the vast majority of music fans went through a dark period, but is now slowly recovering, and the discontinuation of the iPod is one casualty.  So while many may reminince and praise the iPod, I’m glad to see it gone. There is still much work left, such as imroving the limitations on our phones that still make it awkward to enjoy the full resolution. Today you need to add a DAC and dongle to listen, because wireless Bluetooth is only capable of transmitting iPod quality files and degrades anything better. But we have left the worse behind us and are now more easily able to access music much closer to how the artist intended us to hear it. Finally progress.