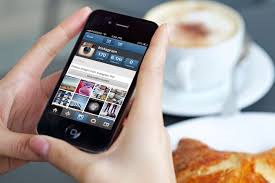 If you follow the latest tech news, you can’t escape the excitement and hype about the new smartphones. Fall has become the time each year when the new models are introduced, and this year we’re seeing more new models than ever. Tech reviewers are lusting over the new Pixel 2 phones from Google, the Samsung Galaxy Note 8, the LG V30, and the iPhone X and 8. And true to form, we’re told to buy now before the supply runs out. To get an iPhone X you needed to be among the first to order beginning at 12:01 a.m. this past Friday.

But before succumbing to the pressure to buy, I suggest you think this through carefully. In spite of feeling the need to upgrade your old phone, there are good reasons why it’s not necessary, or even advisable.

In my case, I was tempted by several of the new phones, but couldn’t justify the high costs as long as my iPhone 6 was still working well. In addition, I didn’t want to give up my headphone jack, which is missing from the new iPhones.