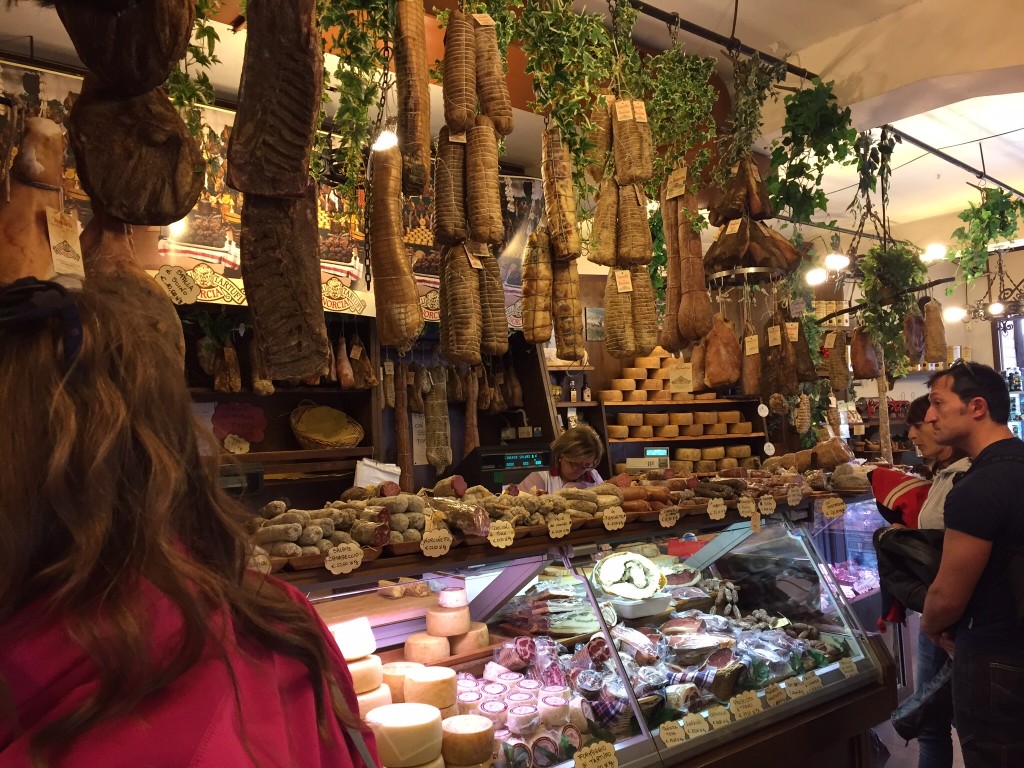 This is an update from a column written 4 years ago.

With the help of the Internet, my wife Jane and I enjoyed an incredible vacation last month in Italy.  Before the Internet it would have been nearly impossible to discover this tour company, and it would have cost a fortune for the company to find customers such as us. It’s a great example of how the Internet has become an integral part of our lives in everything that we do, and how it’s being used to help companies find customers.

Six months ago we decided we’d like to spend a week in Tuscany in the Fall to leisurely tour some of the small towns and to enjoy the area’s unique food and wine, perhaps even taking cooking lessons. We knew we didn’t want a large organized tour, nor did we want to tour the area on our own.  Jane began searching TripAdvisor, the site with millions of reviews of hotels, tours, and restaurants, posted by travelers from around the world.

She came across a company called Culture Discovery Vacations that had all five-star ratings and rave reviews. It was a small company that claimed to provide something different, more of a family experience. The company offered hands-on cooking lessons held in a family-owned villa, a few minutes from the town square of Soriano nel Cimino, a beautiful little town in central Italy.

But, as it was explained, the lessons were just a small part of the experience. There were visits to small towns in Tuscany and Umbria, excursions to wineries and olive mills, and sightseeing in the beautiful countryside.

The description, the reviews, the Website, and its Facebook page, all sounded too good to be true. But we decided to take the chance and sign up for a week that we combined with a first week on the Amalfi Coast.

The welcoming to the town was just as expected, a family greeting for each of the 17 guests. The first night was a huge dinner at a local restaurant with as much food and wine as we could consume.

Each of the guests stayed in an apartment in or just off the town square. Like local residents, we ambled down each morning to the local pastry shop to enjoy our breakfast with the town residents. We then went shopping in the local grocery store and vegetable market, picking up ingredients for the day’s cooking lesson.  We then were whisked away for the day in a comfortable, large, well-outfitted bus with seating for about 18.

The intent of Culture Discovery is to immerse everyone into the Italian culture with everything we did. We all participated in the cooking lessons in the beautiful Villa, side by side, each trying to make pasta dough, pizza dough, ravioli or something else, each with the right combination of flour and eggs so the dough was just the right consistency. Sometimes it went well, and other times, we laughed at the messes we were creating.

When we set out for an excursion each day, it was like a family outing. Fortunately the group of 17 on our tour became one happy family that all participated in their own way. They were all from many different parts of the United States including Texas, Chicago, Iowa, Oregon and California.

Culture Discovery was started six years ago by Michael Kovnick, a technology entrepreneur from Los Angeles, who founded a successful technology company, Cyberspace HQ. He wrote Internet software for online marketing, which turned out to be a skill he put to good use. He met his wife, Paola, on a visit to Italy with his mother when he was 18 and fell in love. Two years later they married and began traveling between Los Angeles and her hometown, Soriano nel Cimino.

The idea for their company resulted from entertaining friends and family and hearing from them how unusual a vacation it was, and how different it was from the typical tours they would take. That led Michael and Paola on a path to create an experience in which the guests were treated like family. Instead of being centered in a large city, guests would stay in Paola’s hometown and use her family’s villa for the cooking school. Once a guest arrived there would be no cost for anything.

And that’s just the way it worked. The small group was just the right size to do most things together. Everything from making pizza and Tuscan chicken in the Villa’s 200-year-old brick oven, to making cheese with the town’s cheese-maker, to making grappa in the wine cellar. Excursions were trips to cities such as Montepulciano, Viterbo, Montalcino, Orvieto and Durata, visits to small wineries, and to an old olive oil mill producing using all of the the original presses. Many of the meals were at restaurants the locals frequented, which made it much like a family celebration.

What I found remarkable, besides the week’s vacation, was how Michael built his company, spreading the word solely through technology with essentially no advertising budget. In fact, you’ll likely not find Culture Discovery through a travel agent. the only way to do so is via the Internet. That’s one way they keep the costs lower. He’s created a Facebook page in which, with permission, he posts pictures taken each day of his guests. The guests can then tag the images so their friends will see them and can express a Like of the pictures, and their friends will see them. In an average week, 350,000 to 500,000 people will see the images and many learn about Culture Discovery.

As a result, the company is experiencing exponential growth and now fills 28 weeks a year with vacations. There are many repeat visitors, leading to additional weeks being offered in Sicily, Notcia, Barollo and, soon, Amalfi.  In each location Michael has rented a villa to maintain the similar family feeling.

Jane and I have visited many countries, taken numerous planned tours, and have driven on our own. But we both agree that this week in Italy surpassed them all. We really felt like we spent a week with family and used our limited time in Italy in the best way possible. And like family members, we’ll go back soon. Pricing is available online and is very reasonable for what is offered.

Since that first trip, we’ve been back for more. We’ve taken a total of 4 vacations with Culture Discovery, including Soriano, Amalfi, La Mora, and Norcia. I cannot say enough about how great our experiences have been. And we brought our daughter along on the past two vacations.