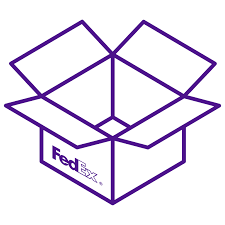 Amazon ran into problems with Fedex and dropped them from one of their approved delivery services in December. I was surprised to hear that, because I’ve always had an affinity for using Fedex ever since I studied the famous Harvard Business School business case. It was a lesson on entrepreneurship, telling the story how Fred Smith created this iconic company. My limited experience with FedEx had been using FedEx to ship or receive a few packages each month. But I had avoided their website, which I found to be difficult to use, and often ended up calling for assistance. For example, I recently tried to change my credit card and it was impossible to do on line. But my biggest disappointment occurred when I tried using their store to ship a package.

One would think that if you need help shipping a large package, you could rely on one of the FedEx-owned stores for professional help. These stores are the old Kinkos that Fedex bought in 2004 for more than $2 billion, one of which is a few miles from my home.

I sold a large-format printer I no longer use on eBay and needed to ship it from CA to the buyer in Indiana. I allowed myself a $75 shipping budget for the 35-pound printer when I auctioned it off, believing that would more than cover my cost.

In fact, I checked the cost on Ebay after it was sold by entering the weight and estimating a box a few inches larger than each dimension of the printer, and it showed the lowest rate, about $30, was using FedEx Ground.

But I couldn’t find a shipping box to fit the 18 inch x 10 inch by 8 inch printer. Nothing was available from Staples or Amazon. No problem I thought. I’d take to FedEx, after discovering that they offer a Pack and Ship service.

My visit to this ex-Kinkos location proved to be a surprise. When I walked in I saw messy shelves, rows of copier machines with many out of order, and clutter across most of the counters. The FedEx employee working in the pack and ship area offered to help, stating they can do complete packaging and shipping.  He went to the back and returned with a 24 x 24 x 24 inch box, which seemed awfully big, but he said he needed the 24-inch dimension to accommodate the 18-inch length of the printer and the padding he would add. He was advising me to ship this huge box with the printer and all that empty space.

Before wrapping the package I asked him to check the shipping cost using Fedex Ground, and he pulled out a notebook with laminated pages listing rates by dimension and weight. I assumed it would be similar to the rates I saw on Ebay. Imagine my surprise when he said the cost would be $315 plus about $30 for the box and packaging.

That was crazy and more than I sold the printer for. I asked if he had a smaller box – it only needed to be 24 inches along one dimension and needn’t be 24-inches high as well, but he said no, it needed to be in a box this size.

I decided just to buy the box and bubble wrap, take them home, and cut the carton to half its size, sufficiently large to hold the printer.

I checked the shipping cost from Ebay for my newly constructed box. Ebay’s cost was $42. Just for curiosity I entered the package as 24 x 24 x 24, and the cost was $78. That was 75% less than the cost from the FedEx store for the very same shipment. I know private postal stores charge a premium for their shipping services over the carriers, but this was a FedEx store.

Now we all have problems time to time with stores, so why does this experience deserve a column? Because I’m convinced what I experienced was a sign of a dysfunctional company that is unable to provide a basic shipping service to a customer. The lack of common sense packaging help, the terrible website, and the messy corporate-owned store – all were sad to see. And apparently, what I experienced is a sign of deeper troubles for the company. The stock has dropped, Amazon temporarily banned them, and then I came across this candid analysis this from Prof. Scott Galloway of NYU:

In the next 24 months, FedEx will either be acquired or lose an additional 40%+ in value. The likely acquirer is Walmart. The gangster move: a merger with Shopify.

In July 2017 we predicted, “If Bezos tomorrow said, ‘We see overnight delivery as a huge opportunity,’ the $150 billion of market cap of DHL, FedEx, and UPS would begin leaking to Amazon.”

This has happened. Since the launch of Amazon’s delivery service in February 2018,FedEx has lost $25 billion (39%) in value, despite the S&P’s 24% gain. Amazon has added $240 billion (33%). In less than two years, Amazon captured nearly one-fifth of the market for e-commerce deliveries in the U.S.

Since 2014, U.S. e-commerce has increased 84%, creating a massive opportunity for the delivery industry. But instead, there has been a transfer of wealth from FedEx, UPS, and the U.S. government to Amazon. Amazon enters high-friction, low-margin businesses as a means of differentiating low-friction, high-margin businesses (AWS and AMG).

As you wander through retail stores these days, you can often get a meaningful measure of how the companies are doing. Are the shelves full, is the service and support good, are the stores being kept up?  FedEx is one company that doesn’t pass this test.

Interesting column about Fedex, and totally in line with my own observations, especially how they are sleepwalking themselves into oblivion, accelerated by the outrageous fees they charge “normal people” contrasted to the huge discounts they give negotiated corporate accounts.  Five quick comments.

I don’t disagree with your points.  My one observation is that at least when I call the 800 number, I reach a call center (and supervisor) with the US,
For the last 5 years UPS has been forwarding their calls (at least for routine customers) to a call center in Manilla.
I have found that the only way to solve different problems that I was calling about to say (and, repeat, if necessary) please transfer me to a supervisor who is based in the US. – Dave R.