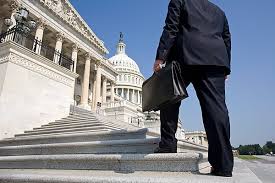 Todd O’Brien is Head of Software Development at Warby Parker, and co-founder of a new citizen lobbying platform that’s using digital technology to put power back in the hands of American citizens.

Following the 2016 presidential election, one thing became clear to Tom – Americans of all political stripes don’t feel represented by their government. That’s why he, along with co-founder Ben Koren, created LobbyForMe, an online platform that makes it easy for activists to create, share, and track campaigns on any political issue or government vote.

Activists simply go to LobbyForMe.org where they can create a campaign and share it via social media. Supporters can then enter their address to locate and send a message to their elected representative with the push of a button. The platform also provides powerful analytics about the campaign reach and size – information activists and the media can leverage to hold politicians accountable on the issues that matter to their constituents.