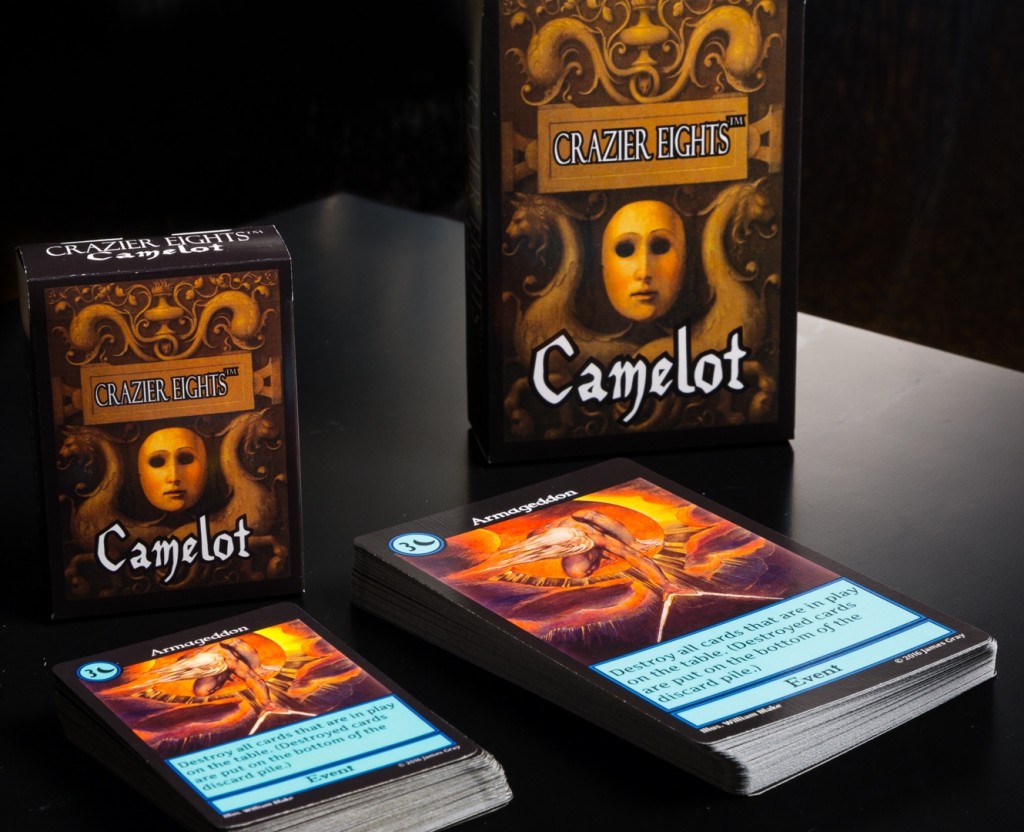 Crazier Eights: Camelot, a fantasy card game, debuted on Kickstarter on Tuesday, October 11. A simple, yet interesting game, can be enjoyed by both serious fantasy game players and those unfamiliar with fantasy card games. Each of the fifty-three cards has unique beautiful art. It’s designed for players ages 13 and up, and generally takes less than thirty minutes to play. Two to four players can play the game.

Crazier Eights: Camelot was designed by James Gray, who has an MA in philosophy from San Jose State University. He has been developing Crazier Eights games since 2004 and he has plans to release other versions of Crazier Eights, such as one based on the Arabian Nights. He released the first version of Crazier Eights in 2014.

Gray recognized how fantasy card games use cards with special abilities that can tell an exciting story. He found that his family and friends were sometimes afraid to try games like these because of their complexity. He set out to create a card game that provided the benefits of these while also being easy to learn and inexpensive. Crazier Eights: Camelot is the result of this effort.

“I wanted to introduce new people to the wonderful world of fantasy gaming,” said James Gray. “I wanted to show everyone how limitless, creative, and fun card abilities can be. Cards with unique abilities can represent famous people, places, and artifacts in ways that make sense in surprising ways. That requires that the game be very easy to play, but the card abilities are somewhat similar to abilities found in much more complicated card games.”

Crazier Eights has some similarities to the popular Uno and Crazy Eights. The first player with zero cards in hand wins. Many of the cards in Crazier Eights: Camelot represent famous characters and elements from the King Arthur stories, including Queen Guinevere, Merlin the Magician, Avalon, and the Holy Grail.

You can see the 30-day campaign now at http://tinyurl.com/craziercamelot. Pledges start at a special per-introduction price of $12 for the game, including shipping costs, which is $3 off the estimated retail price.