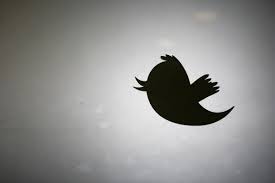 Could we be missing something about Musk and what he’s doing with Twitter? For several weeks now he’s eliminated most of its organization that keeps the site running and keeps discourse from being taken over by hate groups and bigots. Now, in his latest move, he’s changing the rules about content moderation. He’s announced he’s going to allow those that had been banned from Twitter over several years to come back to the site. It’s as if the mayor of a city decided to release all of the jailed criminals that failed to live within the law.

It’s another big step that Musk has made to turn Twitter into something much worse than what it was. Since he’s fired his entire moderation team, he’s having a hard time maintaining a civilized site, so perhaps he’s decided to eliminate moderation all together. In a NY Times study, that’s just what’s happening: “Slurs against gay men appeared on Twitter 2,506 times a day on average before Mr. Musk took over. Afterward, their use rose to 3,964 times a day.And antisemitic posts referring to Jews or Judaism soared more than 61 percent in the two weeks after Mr. Musk acquired the site.”

The something else is that Musk wants to use Twitter to elevate his own reputation among his far right and libertarian supporters and use it as a vehicle to fight their perceived enemies, specifically the Democrats, the FCC, the EU, and even Apple. His postings in recent days and weeks have shown him to hold opinions similar to those that have been banned for extremism.

As noted by Josh Marshall on Talking Points Memo, “Over the last four weeks Musk’s attachment to this crowd and that ideology have been constantly apparent. He gave an early and even for him startling taste of this when he tweeted out a rank gay-bashing conspiracy theory about the QAnon dead-ender’s hammer attack on Paul Pelosi days before the November 8th election. The process has only accelerated and intensified over the subsequent four weeks.”

His bro-friends such as Peter Thiel have objected to Twitter having any content moderation and support postings with no limitations, even when they’re racist, anti-gay, or anti-semitic. They believe in minimal or even no governement regulation of the web. And they clearly don’t like the control that Apple has exerted with its rules for behavior of the apps in app store. They’re foolishly looking for a fight with the FCC, the European regulatory bodies, governemnt officials, politicians, etc.

Musk knows if Twitter eliminates all constraints, the Democrats in Congress will try to rein him in and Apple will remove Twitter from the app store for violating many of its existing rules about civil discourse in apps. And the EU will try to impose their requirements for social sites. He appears to be taunting them all for a fight.

This will put Musk as the leading spokesman for this right wing movement and give him more attention that he apparently craves. This is speculation, but it does explain many of the moves that Musk is making, as noted in the LA TImes:

So far, Musk hasn’t shown any awareness of the damage caused by his behavior to the platform he spent $44 billion — including more than $33 billion of his personal fortune — to acquire. That’s a problem, because the only way to bring advertisers back into the fold and protect Twitter’s role in public discourse is for Musk to disappear — to appoint a chief executive with credibility in the social media field with users and advertisers, and to stop tweeting himself.

If that were to happen today or tomorrow, the restoration of Twitter to trustworthiness could begin immediately.

But Musk already has made it impossible for that recovery to happen quickly. And the signs are pointing to his becoming even more arrogant and more intemperate in his behavior. Just in the last day or two he has tweeted an image of Pepe the Frog, a meme the Anti-Defamation League identifies as having racist and antisemitic connotations.

He has also picked a fight with Apple, which he says has threatened to “withhold” Twitter from its iPhone and iPad App store, though he says the big company “won’t tell us why.” He tweeted that Apple has mostly dropped its advertising on Twitter and asked, “Do they hate free speech in America?” He followed up with a tweet directed at Apple’s CEO: “What’s going on here, @tim_cook?”

Put it all together, and things are likely to get worse before they get better, on Twitter … if they ever do get better.

In the lastest twist, Musk met with Apple’s CEO Tim Cook on Nov. 30, and says he was reassured there was no intention of banning Twitter from the app store. But this is how Musk operates. He claims something that’s false, gets lots of support for his false accusation, and then says nevermind after the damage is done.

Another explanation about all this craziness is that Musk is just an egotistical jerk that is way over his head and doesn’t have any plan at all. Perhaps he’s simply winging it from day to day with new decisions made on the spur of the moment. This is what my friend Joe Brancatelli thinks. And he could be correct. What’s common about both explanations is that Musk has shown how miserable and mean-spirited he is in the way he has treated his employees, his advertisers, and even his members. He’s spending all of his good will to espouse his right wing liberterian views. Twitter is his $44 blillion rant platform.