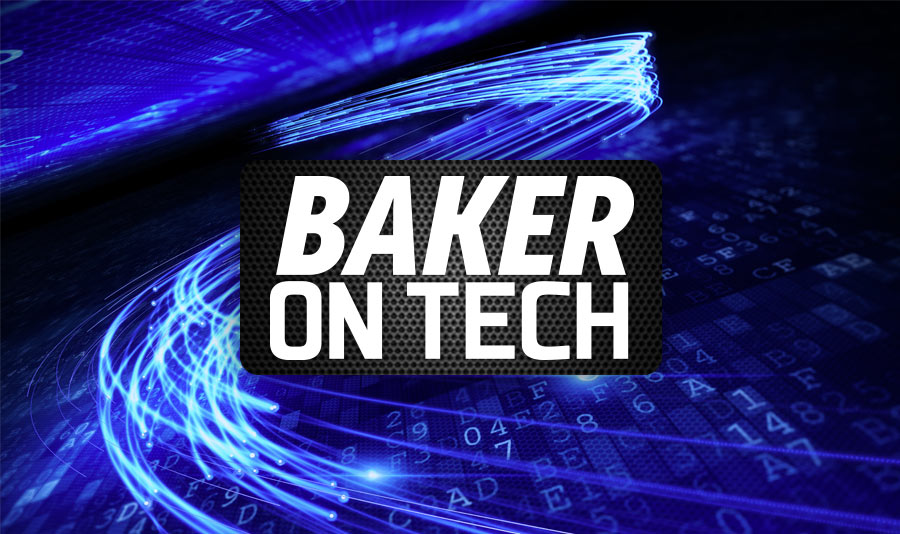 Among all the technologies I’ve covered, the smartphone, in particular the iPhone, ranks among the top consumer tech product of the decade. Literally a computer in your pocket, it wasn’t until cellphones were freed from the constraints of the cellular companies that they became what they are today.

Remember when Verizon charged to send an image, assessed a monthly charge for providing directions, and charged for each text we sent? And who would have thought making calls would become one of the least important functions?

Tablets were another huge hit, the first device that brought computer technology to a much wider age group, from 2-year-old children to 80-year-olds. You’d be hard-pressed to find a toddler that doesn’t have that finger and thumb zooming motion down pat.

If the iPhone is the best hardware of the past decade, then Facebook and Google Search are the best software products.

Who would have thought Facebook could do so much to enhance people’s relationships all over the world, create an efficient way to find lost friends, contact existing friends, and stay close to others?

Google Search is an amazing capability that allows anyone to check any fact in a few seconds, saving huge amounts of time to research it.

One of the biggest phenomena in recent years is replacing old, inefficient and expensive services with new ones that shake up conventional models by using the Internet and smartphone apps. Uber and Airbnb are good examples. Both have filled needs that weren’t being met or have made vast improvements to old models.

The government’s GPS satellite technology, originally created for the military, combined with personal navigation devices and Google Maps, eliminated the need for planning routes and putting an end to family squabbles about which way to turn.

But with all of this new technology, there’s a cost: privacy. Just about every company can learn who we are, where we live and what we do. They know our likes, dislikes, friends, political views and almost what we think. There are not only companies that want to sell us things, but Internet outlaws who want to steal our identity, credit cards and personal information to sell.

Because of the services we accept in exchange for giving up our privacy, we’ve been followed on the Internet, in the car and soon in the home. Google didn’t pay $3.2 billion for a thermostat company to help us manage our home temperature; they bought it to put a gadget in our home to track us and listen to us — all with the intention of offering us this dubious convenience in exchange for better targeting their advertising.

We’ve been bombarded with advertising everywhere we go, ostensibly matched to our interests and buying intentions — all in the name of making advertising more effective. But this targeting is far from ideal, as it is unable to discern what we intend to buy from what we actually bought, serving us the same ads wherever we go.

And the firewall that once existed between advertiser and editorial content has been compromised to such an extent that it’s hard to know what articles are accurate or created to get more clicks. Anyone can write about anything, and it’s incumbent on us to better understand the integrity of the sources.

Technology is responsible for a number of annoyances, including the unceasing flood of robocalls and junk faxes. Phone companies could end them in a moment, but they intend to get out of the landline business so have ignored one of the great annoyances of our time.

Another negative is the barrage of nastiness that permeates online forums from the Wall Street Journal to the Huffington Post to gadget blogs to any forum where people can express their views. They’re filled with venom and hatred, mostly from a vocal minority that has no manners or common decency.

The division between work time and playtime has been eroded with products such as smartphones that intrude on dinner conversations, and make it more difficult to disconnect from the pressures of work. No better example is Amazon’s expectations from its employees, whose 7days/24 hours culture was covered in Sunday’s New York Times. If only half of it were true, it’s damning.

On the other hand, we’re at the precipice of some amazing advancements that will continue to improve our lives. Self-driving cars are coming. The technology exists and it’s mostly a matter of setting regulations and putting all the existing pieces of technology together in the car. Fuel-efficient cars, including electric and hybrid, are here and continue to gain in popularity.

We can look forward to the demise of cable TV as we know it. Instead of being forced to pay hundreds a month for stations we never watch, we will be able to buy programming a la carte from an assortment of suppliers, including Apple, Netflix, Amazon, HBO, ESPN and many others.

This is going to force broadband suppliers to improve their speeds or face new competition. Long overdue, the United States is 20th in the world in broadband speed, behind Latvia, Uruguay and Luxembourg.

We’ll see more and more of us working from home because it’s working so well for companies such as Google, Facebook, Intuit and other enlightened employers. The American work ethic and productivity is so high that many of these companies are discovering economic benefits to providing this flexibility. About 20 percent of us do it now and that’s expected to more than double over the next decade.

Yes, the positives still outweigh the negatives, particularly if we become more discerning about managing our priorities, about what we buy and read. Even a techie like me is finding out that I don’t need every new gadget that comes along. Gadgets are fleeting, but personal relationships endure a lifetime.