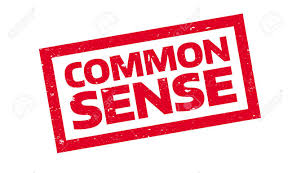 Sometimes it seems that possessing basic intelligence and clear and logical thinking is a handicap during these times. It certainly creates a lot more stress. Why? Because it leads to an avalanche of frustration watching our Federal government react so poorly to this pandemic.

Simple logic and common sense that we’ve learned over the years come up against the daily outpouring of blame, fault-finding and twisted thinking of our president and his supporters. And there’s something new every day that keeps adding to that.

A couple of weeks ago it was saying the country would be open by Easter – not logical. Last week it was Trump putting the onus on states to find their own tests, masks and ventilators – not cost-effective nor practical with the states being forced to bid against one another. Then it was claiming he had the total authority to decide when to open up the country – not legal. And now he’s decided to stop funding the World Health Organization, an action that some describe as a crime against humanity. There’s not a day that goes by that fails to outrage, confound basic logic, and endanger more lives.

Yet his supporters, including many Republicans in Congress, Fox News commentators, and over 30% of the public ignore these facts and spin their own twisted version of the pandemic that bears very little resemblance to reality and logical thinking,

In all modestly, I never realized how dumb so many could be; how many that are willing to support policies that endanger themselves, their listeners and their constituents. Some are comparing these deaths to the level of swimming pool drownings, and others are actually accusing Bill Gates of creating the pandemic because he dares to criticize Trump’s recommendations. Every day there’s another outrage that belies logic.

Witness the Governor of Florida allowing wrestling events and re-opening the beaches and the Governor of South Dakota refusing to enact an isolation policy requested by many of the state’s mayors. These acts clearly will result in more deaths, yet they’re willing to trade them for a few accolades from Trump.  By what logic or intelligent thinking can this be comprehended?

Yes, we’ve entered a universe where right is wrong and up is down. It must be wonderful to be so ignorant that you don’t need to confront such insanity on a daily basis.

When I tried searching for a cloth mask I went to Amazon and found a poor selection. Most were imported, many had high shipping rates, and few had legitimate reviews. But then I left Amazon and did some searching and found some excellent masks made in Los Angeles from an iconic Made in America clothing company, Los Angeles Apparel. I ordered several packs of three for $30 each. The company also provides masks for first responders and employs 400 in California. A much better option than Amazon, and helping a tiny bit to keep Americans employed.