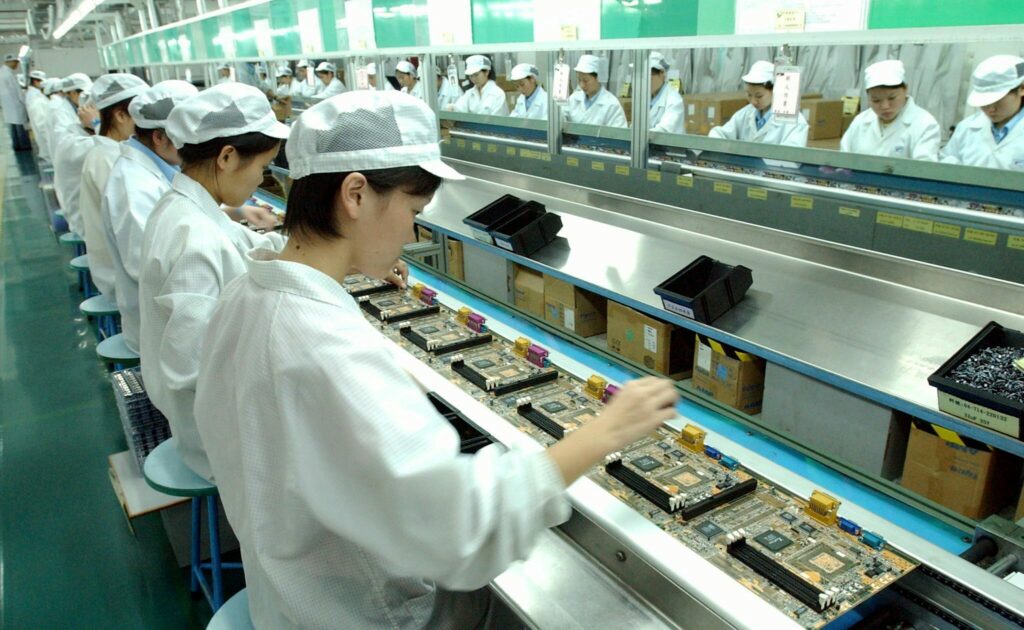 For more than thirty years, China and our consumer technology industry have been partners that helped each other to thrive. Product innovation and design were done in the U.S. and manufacturing was done in China. But now China’s president Xi Jinping is killing that relationship.

China became the default manufacturer for a wide range of products – from clothing to automotive parts to shoes – because of their lower labor costs. But technology companies went to China as much for the their manufacturing capabilities and time-to-market benefits as for lower labor costs. China could take a product concept and get it into production in less than half the time it took to do it in the U.S.

I first began traveling to China in the early eighties when the country was truly third world. But over the past 30 years, through strong government investments and enlightened policies, China became the manufacturer to the world. New cities and towns sprung up, especially in Southern China, where each area specialized in a product category. Suppliers of the raw materials and components colocated near the assembly factories to reduce delivery times and create a very efficient supply chain. China became as creative in product manufacturing as we did in product innovation.

The consumer electronics sector took hold in Shenzhen, a city in Southern China about 30 miles from Hong Kong. When first traveling there, I’d return to Hong Kong each night because Shenzhen had few safe hotels and decent restaurants. But that soon changed with a huge building boom, turning it into one of the most modern cities in the world. For the past three decades, Apple, Amazon, Dell, and many other tech companies shuttled their engineers back and forth each week to help bring their products into production in the factories, many of which were built, run and owned by Taiwanese corporations.

This model is now ending as a result of the China’s turn toward an autocratic state and their increasing threats towards Taiwan under Xi’s leadership. American engineers that used to go to China once or twice a month no longer go at all. There’s too much risk of being caught up in the government’s harsh treatment of its citizens and visitors. With China’s surveillance capabilities, there’s no hiding. Everyone, visitors included, are being tracked wherever they go and whatever they do through a network of an estimated one billion cameras, many with face recognition.

Now companies such as Apple that have factories as large as a small city are moving manufacturing out of China to countries such as India, Taiwan, Vietnam, South America, and maybe even the U.S. With China now threatening Taiwan, they will lose many of the huge factories built and run by Taiwanese corporations. Xi is literally killing the golden goose that brought so much prosperity to his country.

It’s doubtful there’ll be a big impact on product supplies or costs in the near term, because companies have been planning for this. The impact will be greatest on the Chinese companies that have depended on their American customers. In addition to the large Taiwan-owned factories are thousands of small to medium sized companies, many begun by Chinese entrepreneurs.These smaller companies are the backbone of the consumer tech industry that build all of our gadgets – everything from cameras to headphones to robotic vacuums.

Our government is now responding in kind as China becomes more of a threat. We’ve begun to restrict U.S. citizens and strategically significant companies in the semiconductor business from servicing, shipping, and providing support to chip manufacturers in China. U.S. citizens will either have to give up their citizenship or quit their jobs. We don’t want Western companies helping the Xi government to build new generations of semiconductors that are vital to advanced military equipment, artificial intelligence, and super computing

As someone that’s been to China and Hong Kong more than a hundred times, I’ll not be returning under the current regime. It’s a sad state of affairs for us and for the many entrepreneurial companies in China that are losing both their freedom and their customers.

Should China decide to invade Taiwan, it’s a different story, and our consumer technology business would be seriously impacted, due to the disruption to the high-end chip business. Most tech companies, particularly Apple and Qualcomm, rely on Taiwan’s TSMC, the pre-eminent chip manufacturer, to build its most advanced chips. The company would cease to function if China invaded Taiwan. That’s why TSMC is hurriedly building new plants in the U.S.

The China that was once a partner of ours is turning into one of our most formitable enemies, all because of one person that is more interested in his own power than what’s best for his country. It was a great partnership for 30 years, but that era is over.