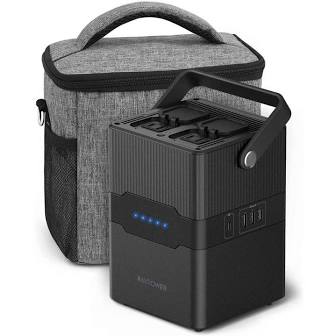 This week, Amazon removed products from RavPower, an online manufacturer of electronic chargers and backup batteries, citing violations of its review policy.  RavPower was accused of offering customers gift cards for those leaving positive reviews of its products. Enclosed with the product was a card with instructions to submit their review once it appeared on Amazon in exchange for a $35 Amazon gift card.

Amazon’s action was the result of an investigation by the Wall Street Journal, in which it found the practice of rewarding reviewers for positive reviews to be widespread among many of Amazon resellers. It cited RavPower as one of the better-known violators. While prohibiting rewards for reviews has been a long-standing policy of Amazon, most anyone that’s made a purchase over the years has likely seen similar incentives. Amazon has clearly been aware of this going on for years, but rarely chose to enforce it.

(As an aside, RavPower makes excellent products. I’ve bought a number of them including this 252.7Wh/70200mAh Power Station (cover photo) that’s capable of charging a MacBook two times. Their products are still available from their own site here)

One of the similarities we see among many of today’s large tech companies, such as Facebook and Amazon, is their inability to anticipate the consequences of what they build, and when issues occur, a failure to act. Facebook has been notorious for building a product that was originally designed to connect advertisers will potential buyers, that was then used to connect voters with fake news stories and incendiary posts. They bragged how their model was to do whatever it took to maximize customer engagement. The problem is that their engine is being used just the way it was designed to be used.

Now, it’s possible to believe that some companies may fail to anticipate the ways their product can be abused by unscrupulous actors, but there’s no excuse for the issues to continue for years without being fixed.

Amazon has built an amazing business to sell merchandise from tens of thousands of suppliers. It’s figured out how to deliver most of these products in just a few days. But, somehow it’s failed to address some of the most predictable of issues. Provide ratings for products? Then do a better job of vetting them. Selling merchandise without authorization of the brand owner? Require authorization or ban the sellers.  Selling potentially dangerous products? Insure they meet the basic regulatory requirements.

Surely, Amazon could have anticipated fake reviews, knockoff merchandise, dangerous products, and unscrupulous sellers. Yet years after these problems first arose they still have not been adequately addressed. The tech companies have some of the smartest, highest paid people of any industry that could easily predict what would happen.

You have to believe that either they don’t care or are incredibly naive. They just don’t have the morale imperative, the interest, or the respect of their customers. In other words, the only thing that motivates them is the embarrassment of being caught.

Behind their facade, Amazon has many more issues that have not been fully illuminated, that will eventually come to light. They knowingly sell merchandise not authorized to be sold, such as shirts, hats, totes, and other items emblazoned with copy-protected images belonging to celebrities, including musicians, pop stars, and TV personalities. Companies, mostly in China, offer an unending selection of these items with no verification by Amazon. At times Amazon is more of a flea market than a responsible retailer.

And some of items being sold are even dangerous. Five years ago a California family sued Amazon for allegedly selling them a hoverboard with a cheap battery that caught fire and burned down their home and killed their two dogs.

And more recently another fire from a defective product was reported by the Washington Post:

Angela Bolger heard some clicks in her laptop, but when she lifted it to her ear and looked it over, nothing seemed amiss. When she lowered it back to her lap, sparks flew from the $12.30 replacement battery she’d recently purchased on Amazon. It caused third-degree burns on her arms, legs and feet, as well as burning her bed, clothes and the floor of her San Diego apartment. In the nearly four years that have passed since the incident, Bolger has had surgery to graft skin to repair the damage.Amazon fought her lawsuit seeking to hold it liable for the injuries. The only compensation the e-commerce giant provided: a refund.

Amazon does no independent verification to determine if the electrical products being sold have the required UL or CSA safety approvals. A seller can simply make the claim.  They do not test products they sell and they have a hands off relationship with the company providing the merchandise. This is unlike retail stores such as Wal-Mart, Target, Costco and most retailers that take a much greater responsibility for the products they sell.

Expect to see more challenges to the way these large tech companies do business, putting profits ahead of their customer’s safety and interests. Fake reviews are just a small tip of the iceberg