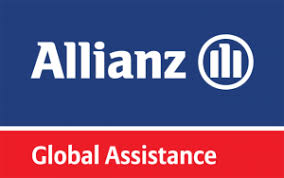 Beware of those insurance policies promoted when you buy an airline ticket. That’s advice I’ve always given others, but I fell for it and learned a lesson.

I booked a business trip on Alaska Airlines, my new favorite airline, and as I checked out, Alaska promoted a number of add-ons, including a $22 trip cancellation policy provided by Allianz. The add-on game began with United and others and now everyone tries to up the sale with all sorts of extras, from insurance to seating.

I hesitated, thought about it for a moment, and checked the option, thinking that the $22 was a small price to pay if my client cancelled the meeting. In fact, that same day the meeting day was changed and I went back to the Alaska site to cancel the ticket and book another, well within the 24-hour window when even a non-refundable ticket could be cancelled.

Since the flight was cancelled I never needed the insurance. But I found that the $22 was not cancelled automatically along with the ticket. Alaska acts as an agent to sell the insurance, but you’re on your own when it comes to cancelling it.

While it was noted on the site that the insurance was provided by Allianz, I incorrectly assumed Alaska would refund the entire amount along with the ticket. In fact, the confirmation Allianz sent when the ticket was first booked is on Alaska/Allianz joint letterhead.

By the time I discovered the charge was not canceled on my credit card, I had passed the ten-day window to request a refund from Allianz.

I spoke with Alaska and they read me the rules from Allianz, noting I was beyond the 10-day refund period. In other words, it was up to me to know the insurance was refunded along with the ticket when the reservation was cancelled within the 24-hr window.

I’m not singling out Alaska, because I suspect all airlines do much the same. It’s another consumer-unfriendly policy that takes advantage of the customer by wanting to keep the fee for doing nothing.  I expected more from Alaska because they’re usually much more customer oriented. Even though they were not legally responsible, they did apologize and provided a $25 credit towards a future flight. Fortunately I had a sympathetic CSA who listened and empathized with me.

But don’t you think if an airline sells an add-on product they should also refund it if you cancel?

On a related note, my experience with Alaska this year as a replacement for many of my Southwest flights, has been great. After so many years flying Southwest, it’s become increasingly difficult to reach their status levels, and after losing the A-list I had for 20 years, I began shopping around and discovered that  Alaska’s fares are often much lower. Plus it’s been a pleasure not to watch the clock to claim your boarding pass 23′ 59″ hours before flight time!