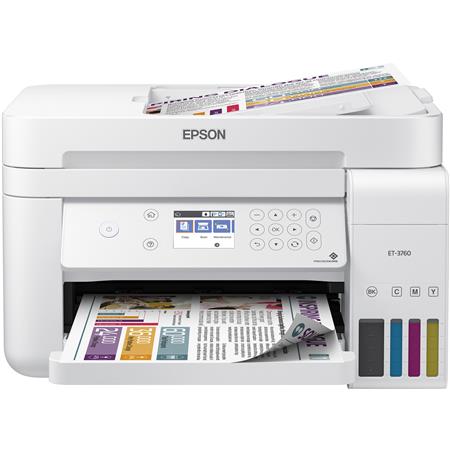 Printer companies, particularly HP and Epson. have long taken advantage of us with their outrageous costs of ink cartridges. We’re told it allows them to sell us a printer at a lower cost and make it up with the cost of replacement ink cartridges, much like the razor and blade model. But, in fact, it’s far worse than that, once you examine the numbers.

For example, I’ve owned a mid-level HP ink-jet printer for four years that cost $130. I’m not a heavy user, perhaps printing a few pages a day. Yet, I’ve had to replace the ink cartridges 2 or 3 times a year at a cost of $88 each time. That’s almost  $900 over the four years, seven times the cost of the printer!  For those printing more often, their ink costs would be even higher. From most analyses, the unsubsidized $130 printer might otherwise retail for up to $100 more, proving how lucrative this model has been for these companies.

Selling replacement cartridges at ever increasing costs has been a cash cow, but that greediness has led to growing resentment every time we need to buy more ink and, over time, has hurt printer sales. Over the past few years HP downsized their printer division and laid off many of its employees, as printer sales slowed, and many customers found ways to reduce their ink costs. Some abandoned their home printer for photo printing – a big use of ink- and used photo processing that could deliver a better quality print at at a tiny fraction of the cost. Others bought 3rd party cartridges or tried refilling their cartridges – until the printer companies prevented that by modifying their designs.

Epson, apparently was listening, and five years ago introduced a printer that didn’t use cartridges. Called Supertank, it eliminated replaceable cartridges and uses bottled ink instead. One bottle of ink is equivalent to about 80 cartridges, lowering the cost of printing by 90% to 95%. Not only that, it eliminates the waste of the cartridges. The three bottles of colored ink are each the size of a large spice jar; the black ink is about twice that size. Replacement ink costs just $20 per bottle for each color, and according to Epson, lasts up to 2 years.

When my HP printer stopped working reliably, I looked at a replacement. Based on the design and the favorable reviews, I purchased one of the new Epson models, the EcoTank ET-3760. The $399 model  was (and still is) on sale at Costco.com for $279 and includes two extra bottles of black ink.  I’ve been using it now for a short while, too little, of course to judge its durability. But, so far it’s worked well: very good image quality, quick printing and not very loud. For me the return on investment will be about six months with continued savings of $20 per month. More importantly, I’m much more likely to print.

The Epson printer was easier to set up than past printers. Other than loading the ink, it’a all done from your computer using WiFi connectivity to the printer. I set it up on a MacBook running the beta version of BigSur, Apple’s forthcoming upgrade to MacOS. The first step was loading the ink into each of 4 large chambers, black, yellow, cyan, and magenta. Each bottle fits only onto the correct chamber, so you can’t add ink in the wrong place.  And even though you turn each bottle upside down to pour it into its chamber, not a drop of is ink released until the bottle is firmly in place. It’s all very cleverly engineered. Once this is done, the printer needs about ten minutes to fill and initialize.

There is now a wide range of models in Epson’s Supertank line beginning at $200, although Epson shows most of them to be out of stock.  If you need a printer, the deal from Costco.com is hard to beat.