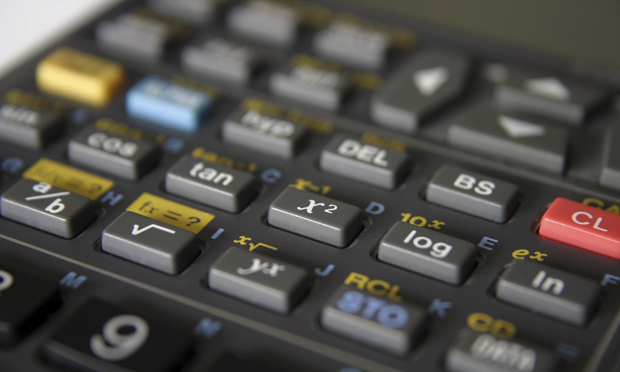 I’ve been watching the news lately and there’s a lot not to like. But some of it is because of the confusion of reporters and writers that relate to their use of math. It’s as if they never took high school algebra.

One of the most famous math errors is this exchange between Brian Williams and Mara Gay, a New York Times editorial board member, a couple of years ago, as covered in the Atlantic Journal-Constitution.

Williams and Gay were analyzing the defunct presidential campaign of former New York Mayor Mike Bloomberg, specifically his spending during his run. They both say that the campaign spending was excessive. To solidify their point, the media personalities projected onscreen a tweet from Super Tuesday as a prime example of the exorbitant spending.

Williams pulled up the tweet that read, “Bloomberg spent $500 million on ads. The U.S. population is 327 million. He could have given each American $1 million and still have money left over, I feel like a $1 million check would be life-changing for people. Yet he wasted it all on ads and STILL LOST.”

Neither of the journalists pointed out that the math is incorrect. Instead of $1 million per American, the numbers would play out to be a little more than $1.50 per person.”

Many reporters seem incapable of even using the numbers correctly.

How many times have you read “decreased” and “by X times” in the same sentence, as in “decreased by five times?” What does that even mean?

Yesterday the news was abuzz about 1,000,000 Netflix subscribers lost over the recent reporting period. Actually Netflix was in the news for several days. First anticipating the upcoming report, speculating on the numbers, and then finally reporting on the numbers. (I have no specific interest in Netflix and don’t own the stock; it’s just a recent example of frantic reporting devoid of all the facts.)

I guess it’s bad news when there’s any loss, but did you know that the 1 million loss is out of 221,640,000 subscribers or slightly less than 1/2%? I didn’t and I never heard it mentioned on any of the national networks or reported in the daily papers.

Another is when the evening news cites the number of cancelled flights. 10,000 or 20,000 flights were cancelled in one week, and showing the tote boards with half the flights showing “cancelled.” But what is that number based on? Is it 100,000 or 1,000,000? Is it 20% of the flights or 5% of the flights. While both numbers are large, showing the basis allows us to better understand how likely it will effect us.

Today Starbucks CEO Howard Schultz slammed city leaders for poor crime enforcement, causing him to close 16 stores across the country. Not to minimize a potentially serious problem, but all of the reporting I read never mentioned the total number of stores in this country: 8947. So 0.17% were closed.

Then there’s the example of a reporter standing in front of one gas station in LA that’s known for charging the highest price in the city, talking about the rise in gas prices, never noting it’s not the typical price in the area.

The news likes to scare us, but, really, they don’t need to exaggerate or mislead us to do so. There’s enough news that’s scarey just by reporting it without making things worse. For example, among all the cries about Netflix meaning the demise of streaming, how other services are eating their lunch (they’re not) a reasoned opinion rarely sneaks through such as this one:

Peter Fondulas, principal at Hub, stated, “Netflix’s subscriber loss in Q1 of 2022, and its anticipated losses in the following quarters, represent a tiny proportion of its global subscriber base. And in fact, at some point, a service as widely penetrated as Netflix has only so much room left to grow. In our view, it would be a grave mistake to take the Netflix experience as a sign that streaming TV services are on the verge of decline, as some analysts have suggested. The lure of buzzworthy exclusive content, and the sheer convenience of on-demand viewing, are two powerful forces that should keep these services growing at least for the near term.”

And for the record, Disney+ has 118 million and Apple TV has just 20 million subscribers.

What we need is perspective and clarity. When the press report a number, put it in context so we know what it means. Don’t exaggerate or inflame and don’t underplay the facts. The purpose of news should be to inform with facts and and use numbers to clarify.