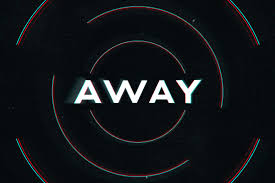 Away Luggage has been a phenomenon that’s hard to explain. The company, with huge VC financing valuing it more than Tumi, took a simple commodity product, a hard sided wheeled carry-on luggage, added a battery pack, a few clever features, and marketed the hell out of it as a life-style brand.  They found a good niche: a decent hard-sided bag under a new brand name that didn’t cost a fortune. An image of Tumi and Briggs & Riley for much less money. In reality, the luggage is simpler and cheaper, but excels where it needs to: durability, warranty, and being just a little oversized to hold more.  When I reviewed it I liked it a lot and have been using their carryon.

There’s plenty of competition with many look-alike bags going for less than half the price, but because the field is crowded and confusing, few others stood out. If you’ve ever looked at Samsonite luggage, you’d find it very confusing to make a selection, with so many models, closeouts, and half price sales.

In retrospect their success was surprising. Much of it was based on an image of another lifestyle brand that took millions of dollars to create. But if image was important to this company, then a new image that’s been revealed threatens to undo the millions spent to cultivate it.

In a stunning investigation conducted by the The Verge, their CEO, Steph Korey, had been revealed to be somewhat of a control freak and giving a new definition to the word nasty; a threatening, paranoid and a generally miserable executive. Many of its former employees have spoken up and described her as being the boss from hell. Here’s an example of one of her “development opportunities” excerpted from New York Magazine:

“I hope everyone in this group appreciates the thoughtfulness I’ve put into creating this career development opportunity,” reads one message from Steph Korey, CEO of the popular, direct-to-consumer luggage company Away. The so-called “opportunity” Korey was offering her customer experience team? That she would not be approving any of their paid time off or work-from-home requests until they successfully answered a series of random calls and messages from Korey and other employees, three times a day, for six consecutive days. This exercise, Korey argued, would help them develop “the career skill of accountability” [emphasis is Korey’s].

This is just one of the many brutal and demanding messages that Korey and other managers regularly sent their staff at Away, according to a new report from the Verge. Over Slack, the instant messaging software used by many companies, employees were regularly asked to work long hours with little to no overtime, as well as weekends and holidays. The Verge obtained screenshots of a number of these lengthy Slack messages from employees who no longer work at the company. Like Korey’s claim that refusing her workers time off is actually an exciting career opportunity, many of these demands were couched in a saccharine type of empowerment language that framed their managers’ demands as generous and team-building instead of exploitative.

She tried to salvage the situation with an apology, but how do you apologize for this behavior? Four days later she was removed from her position, but made executive chairman.  A replacement CEO was found and inserted.

The revelation and subsequent fallout deals a serious blow to the company. Whether they recover remains questionable. Away, what has been the icon for travel and freedom has now become the icon for employee exploitation. It also has shown how ignorant the executives have been to think they could exploit their workers the way they did and not be exposed. Away has become the Uber of luggage.

What’s going to happen now? Away has had its wheels pulled out from under and may eventually fade into oblivion. Another embarrassed venture funded tech company that was over-valued and existed as a myth we wanted to believe in.

Which makes one wonder where were the investors and the board of directors while all this took place? They knew what was going on, but chose to ignore it until they got caught. Another black eye for Silicon Valley and the tech industry.