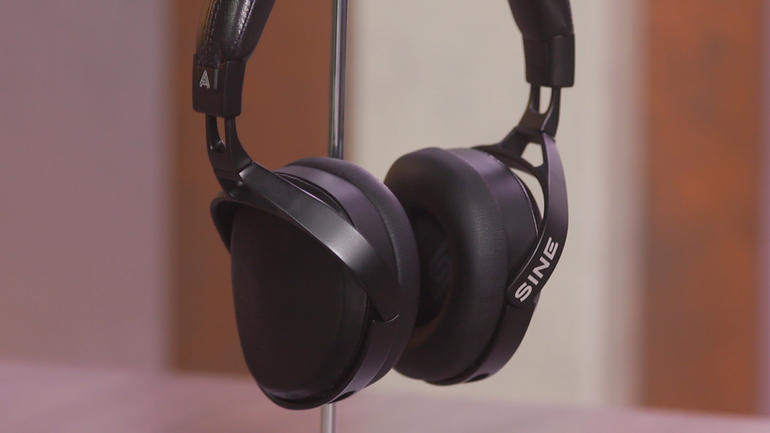 I’ve been trying out the new Audeze Sine headphone, the newest and most affordable headphone from Audeze.

Audeze has been producing headphones that have been described by most reviewers as the best headphones you can buy at any price. They sell for $1000 to about $2000 and utilize the company’s planar magnetic speaker design, using a proprietary process that creates a membrane that’s thinner, and more responsive than others. The company builds their headphones in Southern California.

The Sine is their latest entry and least expensive model. It uses the same planar technology, but costs just $450. While $450 may seem like be a lot, the performance is remarkable, and far exceeds every other headphone I’ve tried costing up to $1000. And I’ve tried nearly every other major brand of headphones.

The Sine headphone exhibits a clear, transparent, open sound that reproduces every detail with a remarkable clarity. I tested it with the Pono Music Player that delivers some of the best sound of any portable device. I  listened to classical music, pop rock groups, folk, and numerous soloists, primarily using tracks recorded at high resolution (from 192/24 to 44/24). Together, the pair is audio nirvana.

The Sine headphones are on-the-ear, making them smaller and lighter weight than most. But they are cleverly shaped liked the ear, so they seal as well as the larger over-the-ear headphones.  As a result, these are the first planar headphones compact enough for traveling.  They take up very little space in your briefcase or bag, as the speakers rotate to fold flat.

The Sine is ruggedly constructed mostly of steel and finished in all black. There are no visible plastic parts. The ear cups are covered with an attractively lightly-grained leather that matches the leather headband. The headphone is light enough for long use without any discomfort.

The cables are removable, so you can add balanced cables (for the Pono and other music players), or a special extra-cost cable with a lightening connector, DAC and amplifier to use with an iPhone. I used a standard cable, as balanced cables were not yet available. The performance using balanced cables on a Pono will be even better. The headphone comes with a soft velvet-like case for traveling.

(Note: I work for Pono Music and led the development of the Pono Music Player)