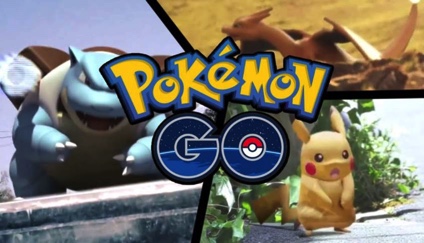 Pokémon GO has taken the world by storm. From people playing it, to hearing about it from friends and the media, the game has seemingly captured everyone’s attention around the globe.

Pokémon GO is a location-based mobile game that was launched at the beginning of the month and has exploded since. The game allows users to “catch ‘em all,” capturing, battling, and training virtual Pokémon that appear throughout the real world. The game uses the phone’s GPS and camera to detect where and when Pokémon appear around the user.  As the user moves, new Pokémon appear, encouraging the user to continue exploring, capturing new characters.

With the new craze, people are spending more time on their phones, meaning more battery, data, social media posts, and even putting themselves in unsafe situations—from distracted phone use to ending up in different neighborhoods.

To help players ‘catch ‘em all’ safely, AT&T San Diego has created a guide for all things Pokémon GO.