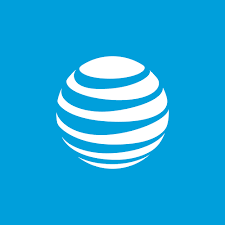 AT&T launched it’s ultra-fast internet service here in San Diego, as well as in the neighboring towns of San Marcos and Carlsbad. Users will be able to get internet speeds up to 1 gigabit per second (Gbps) in their homes, apartments and small businesses. How fast is 1 GBPS?  You’ll be able to download 25 songs in 1 second, a TV show in 3 seconds or an HD movie in less than 36 seconds.

“By launching AT&T GigaPower in the San Diego area, we are demonstrating our continued commitment to our customers whose appetite for high-speed data continues to grow,” said Amanda Harris, assistant vice president, AT&T Mobility Markets. “As the ways in which we communicate and seek entertainment become more data-intensive, our customers will benefit from the launch of our AT&T GigaPower service.”

“Expanding GigaPower to more residents and businesses in the San Diego area is yet another example of AT&T’s continued investment in the advanced infrastructure that customers in California want and need,” said Ken McNeely, president of AT&T California. “Demand for high speed data grows with each new app and web-based service, and AT&T is delivering to meet that demand.”

I attended the announcement today at the new upscale Civita Circa 37 apartment community in the Mission Valley area of San Diego. Also attending was San Diego’s just re-elected Mayor Kevin L. Faulconer. He noted that “San Diego is a city of boundless opportunities and we are proud to add to our city’s culture of innovation through AT&T’s GigaPower network. AT&T is a fantastic community leader that continues to play an important role in the economic growth and quality of life of our City. I’m looking forward to seeing more benefits and growth from AT&T as they continue to add this new network for our city’s residents, families and businesses.”

The AT&T GigaPower network is currently available in over 1.6 million locations across 24 of the nation’s largest metro areas. The company has plans to expand the availability of ultra-fast internet speeds up to 1 gigabit per second in parts of 32 more areas – at least 56 metros in total that will reach more than 14 million residential and commercial locations.

AT&T has invested more than $7.25 billion in its wireless and wireline networks in California between 2013 through 2015. This drives upgrades to reliability, coverage, speed and performance for residents and business customers.