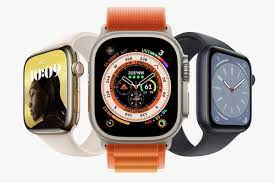 This week Apple announced their next generation of iPhones, Airpods, and watches. The new products are the annual upgrades to their current versions, which always raises the question of whether the new features are a good enough reason to upgrade. That’s because after years of evolving, the previous year’s models are hard to improve upon.

With the iPhones, the improvements have been easy to predict, because we get the same message each year: the camera images are a bit sharper, the lenses have a bit more range, nightime photos are better, and battery life is improved. But in reality, other than the battery, the improvements address edge cases- situations that we rarely encounter. If you have an iPhone 11 or older, you could benefit from the improved cameras. They’ve gotten noticeably better beginning with the iPhone 12.

But there’s little physical change; this year’s iPhone 14 series look much like the iPhone 12 and iPhone 13. There is a bigger screen available – 6.7″, up from 6.1″. So if you really need a larger screen, that might be a reason to upgrade.

Also, the top of the line models get a new ability to communicate with satellites from within the U.S. in the case of an emergency. That’s beneficial when you’re out of range of cellular and WiFi. It’s a worthwhile feature for hikers and adventurers that are often off the grid in the wilderness. It’s quite an innovation with the potential to be expanded in the future.

If you have an iPhone 12 or older model, it may be time to replace your battery, as all batteries degrade over time. When its capacity falls below 80%, Apple will replace the battery at most stores in about an hour for around $60. Mail-in servicing is also available. (Check your battery’s health under Settings/Battery/Health). Bottom line: no need to replace your iPhone because of a bad battery.

As for the line of new watches, the story is much the same. A few new sensors that measure oxygen saturation level and temperature define the new Series 8. Temperture sensing gives users a better estimate of when they ovulated. Of note, all of the information is stored on the watch and not in the cloud, to maintain privacy and avoid the prying eyes of state governments.

Otherwise the watches look much the same as previous models. The Apple Watch is becoming more affordable with a fully featured LE model for $249. The new Series 8 watches begin at $399 in an aluminum case. You can spend $749 and get the same watch in stainless steel.

There’s also a new larger watch model called the Ultra. It’s quite large, so large that it looks a bit silly on small wrists. It’s Apple’s version of the Casio G-Shock with a flat screen, a more angular case with protective lugs around the crown and a new programmable button on the left. It’s designed for those that are active in sports that might subject their watch and body to extremes. It’s only available in titanium and costs $799. The high end metal bands don’t fit.

The new Airpod Pro earphones add spatial sound capabilitiy (limited to specific recordings) and has better noise reduction, but it looks much the same as the current model. No need to upgrade.

The biggest disappointment is that there’s been no improvement in audio quality in the phones or earbuds. There had been rumors that we might see something because Apple Music is now delivering content in hi res, yet the new phones and earphones will remain incapable of playing that high quality without adding a DAC between the lightening port and wired earphones.

Lastly, for business travelers, the new iPhone 14 series no longer has a SIM card tray to accept physical SIM cards, and instead use eSIM cards that are software only. eSIM is supported by all major carriers in the US and its possible to have up to 6 or 8 different eSIMs from multiple carriers or different numbers from a single carrier. But not having a physical card can become an issue when traveling internationally and wanting to buy a local SIM card to reduce costs. Interestingly, the iPhone 14 models that are shipped outside the US will have physical SIMS. It’s a reminder of APple eliminating the headphone jack for no good reason either, other to save a few cents on a thousand dollar product.

The new iPhones are priced the same as last year’s and last year’s models are now $200 less.