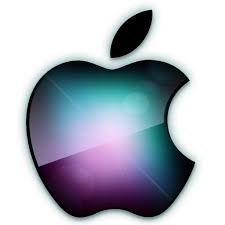 Apple just announced that Jony Ive, the company’s illustrious industrial designer is leaving the company. Ive and Steve Jobs have been given credit for turning a nearly dying Apple around into one the world’s most valuable companies. But in recent years, after Jobs’ death, Apple has had a scarcity of significant new products and has erred with many of the products that they have introduced and updated. For example, their current notebook line took eight years to update and all of the models are now using a keyboard design that is unreliable and can be immobilized by a spec of dust.

Many attribute this to the company’s lack of a knowledgeable product visionary and leader, and, instead, relying on Ive alone to drive the products. So what’s really going on at Apple?

One of Jony Ive’s first assignments when he joined Apple was to be assigned to my small engineering team that was developing the 2nd generation of the Newton MessagePad 110. He traveled to Taiwan for the first time as part of my team, where we designed and built the product. In fact, in later years I heard he complained that I was working him too hard.

Even then, Ive was masterful in the work he did, and when Robert Brunner, his boss and head of ID, left Apple a few years later, he put Jony in charge. I always considered Ive to be one of the most passionate, most talented, and most demanding industrial designers I ever worked with.

In order to accomplish his goals, he would challenge engineers to go beyond – well beyond- their levels of comfort and what was considered to be conventional engineering practices. He pushed engineers to do things that never had been done before. One example included machining notebook enclosures out of blocks of aluminum that required building automated factories with hundreds of automatic milling machines, more than had ever been assembled by a single customer.

But Ive was an industrial designer and not a product engineer. His role was driven by product appearance and usability, not by the same design disciplines of mechanical and electrical engineering. The engineers’ role was relegated to designing the product and try to meet his requests that focused more on appearance. As with most organizations, there’s always tension back and forth between engineering and ID, trying to meet the aesthetic needs while insuring the resultant product is reliable.

But after Jobs was gone, there were no strong engineering leaders – at least anyone that could push back on Ive. Ive was Apple’s superstar, positioned by Apple’s PR machine and Tim Cook as almost god-like. Ive became the spokesman for many new products through his iconic videos, many that were often mocked for their exaggeration. One example was a video in which Ive talked for several minutes about the special winding crown on the Apple watch.

But, with apparently little pushback, Ives began to take his designs too far, such that he often compromised performance for the sake of design.  He seemed driven to constantly make the products thinner and thinner. With such an obsession for product thinness, we’re now experiencing keyboards that don’t work reliably, iPhones that have easily bent and undersized batteries that can barely make it through the day, and then cause the phones to shut down as the batteries app.

We’ve also seen the elimination of most ports and a design construction where the notebooks are glued together, making them unrepairable.That’s also bad for the environment because the materials can’t be separated and recycled. In fact, to replace a notebook keyboard with a single broken key requires a $700 repair that replaces almost the entire computer.  Ive’s approach affected not only Apple products, but all of the competition that blindly followed Apple’s lead. Microsoft’s Surface notebooks have a similar construction.

So what’s the future for Apple without a head of product and now without Ive?  People close to Apple tell me that the company is struggling to come up with major new innovations, morale is low and the individual organizations are struggling because of lackluster leadership inventing and driving new products. I

Ive’s departure may be for the better if the company develops a better balance between engineering and industrial design so that the products will improve in their reliability. The big question remaining is where the new innovation will come from.