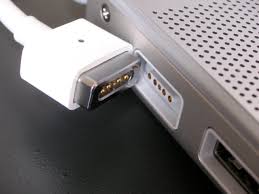 The problem with developing products with such great attention to detail, is when the the details are taken away, there’s more reason to complain. And it’s apparent that Apple is taking many things away from us these days, from features to products to ports.

Apple just announced that the AirPort Wireless Router is being discontinued. While the router business has always been competitive, with products under $50, the $200 AirPort was one of the easiest to set up and use, avoiding the complexity of the other brands. Just thinking of setting up a router was as bad as thinking of going to the dentist.

I bought two AirPort routers over the past year for my home and my son’s, replacing Asus routers that stopped working. I know I paid a premium over other makes, and they may not have been as advanced, but it took just a couple of minutes to set up and they both have worked flawlessly ever since. It also added to the enjoyable experience of using Apple products; I thought it was really smart of Apple to provide all of the essential elements to get your computer quickly running and connected, particularly a component that no one does very well.

What else has Apple taken from us this year? There’s the headphone jack, but enough has been said of that. Then there’s the MagSafe, a clever implementation of the pull-away magnetic connector found on rice cookers, that prevents your notebook from careening onto the floor when you trip on the power cord.

The loss of the SD card slot is another disappointment to me. It’s not because only professional photographers need that slot, as Apple explained about its absence. It’s also the best way to move files between computers when you don’t have wireless or need to do it quickly.

One of the cleverest little features Apple gave us was the folding hooks on the chargers that allow you to wrap the cord for storage.  Even that’s disappeared on the latest MacBooks.

It does seem like Apple may be pruning their product line, as well. There are rumors that the best notebook of all time, the MacBook Air is perhaps being phased out. In fact, when I was in an Apple store this weekend with my brother-in-law, who was trying to fix a 6-year old MacBook, he ended up buying a MacBook Air. You could tell it was the salesman’s favorite, and that he was not pleased with selling the new Pros, pointing to the wall of dongles needed.

Non-essential but complementary products such as AirPort Time Capsule and large displays likely weren’t big moneymakers. But they helped their customers set up and get on line. Everything worked together and if they didn’t, you had a single number to call for help.

With the elimination of all these features and product details that do require more engineering, it makes me wonder how Apple is going to fill up their new headquarters that more than triples their current office space.  The router department is gone. The monitor department is gone. Perhaps there will be a new department to replace them called “Feature and Product Elimination Department”. Right alongside the Dongle Department.