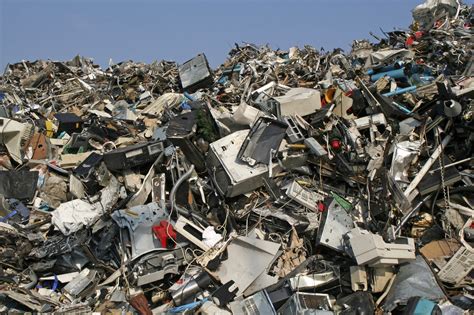 Apple is widely recognized for designing and producing some of the most innovative consumer hardware ever created. They’re known for their innovations in materials, manufacturing and industrial design that’s created a desirability and passion around most everything they make. But with these successes, they’ve failed to make their products environmentally responsible. As a result they’ve had an adverse impact on the environment – perhaps greater than any other consumer electronics company. Ever since the introduction of the iPhone, they’ve made decision after decision that sacrifices a product’s ability to be repaired and recycled, in exchange for appearance. Some might even say they made these decisions to sell more new products rather than lengthening the life of existing ones.

Prior to the iPhone, electronic products were designed to be repaired. They were assembled with screws or snaps that enabled a product enclosure to be opened to replace a bad part or portions of the product. Products were rarely discarded as a whole, as many are being done today.

But as Apple’s products evolved and efforts focused on appearance, the need to eliminate exposed screw heads and to make products thinner became more important. They eliminated replaceable battery because it reduced the need to wall in the cells and just rely on the outer structure to hold the batteries. Batteries, a part that wears out first, became difficult to replace and often led to discarding the entire product. Similar decisions were made with their keyboards, requiring it be replaced in its entirety rather than replacing one key.

Apple engineers pioneered in the extensive use of adhesives to hold parts together, eliminating the ability to swap out a bad part for a good. They designed parts to fit together near perfectly using adhesives that cannot be easily disassembled. Their products had a refinement and level of perfection that raised the finished appearance of consumer products to new heights in the industry, which drove the entire industry. With their success, other companies followed, copying what Apple had done. Computers, once readily repaired by a company’s IT department, were now simply discarded when it became too costly or impossible to repair.

The result was that much of the industry developed products that were essentially disposable. Because the products could not be repaired, they couldn’t be easily disassembled for recycling. Typically a product is recycled by separating the interior parts into categories: plastics, metal, electronics, etc. But that now became more difficult to do.

Not only did Apple make it difficult to repair products, they also made it impossible for independent companies to repair their products. Apple refused to sell replacement parts to independent repair companies and often designed a product to not work with unauthorized replacement parts. Apple recently added a component to prevent a 3rd party replacement screen from working. Apple quickly backtracked when they were called out.

The profit motive was certainly a part of the mix. Inhibiting repairs and making repairs more costly, leads to replacing a product rather than repairing it. Whether it was intentional or not, it certainly subjected Apple to criticism.

Legislation has been introduced to force manufacturers to allow owners of their products to be able to get them repaired using independent repair companies, and that has caused Apple to modify their repair policies. It not only directed at Apple, but companies such as John Deere and most all of the Swiss watchmakers.

So while Apple has led the way with beautiful designs and sleeker products, it’s come at a big cost to our environment. We are talking about tens of millions of devices that need some degree of hardware repair annually. Apple is not alone, but they continue to falsely claim how environmentally responsible they are with the use of solar and self-sustaining buildings. It’s good that they are now making improvements, but they have not led the way – they are being dragged and shamed into doing it.