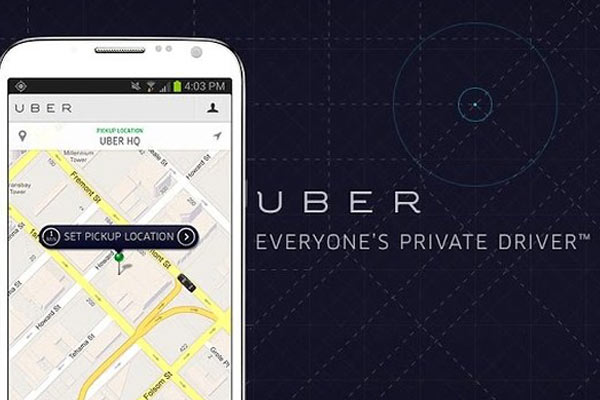 Several months back I reviewed Uber and described how much I liked using it. In fact, I compared it to having a driver at your disposal, being able to call for a ride whenever needed.

But there’s another side to Uber that surfaced last week. I first learned of it when a good friend of mine posted her harrowing Uber experience on Facebook. There’s nothing like hearing a story from someone you know well and trust to give you pause.

I’ve worked with Vikki Pachera, a highly respected technology executive in Silicon Valley, for more than 20 years. What she says carries a lot of weight with me and with others that know her.

Vikki, who lives in Los Gatos, was in San Francisco for the day a couple of weeks ago meeting with clients, when she took an Uber from the Potrero Hill area to the Caltrain station to catch a train back to the South Bay. The trip was just a couple of miles and should have been about a 10-minute ride.

When she got into the Uber car, she said the driver drove in the wrong direction — onto heavily congested Interstate 280 rather than taking the surface streets, which would have been more direct and much faster. In fact, his GPS instructed him not to take I-280.

When Vikki questioned him, she said he became hostile and began what would be a tirade that lasted the duration of the trip.

Once on the freeway, she said he drove like a maniac, traveling along the far right shoulder at 35 mph, passing cars on his left and then suddenly cutting across three lines of traffic to the far left lane. Vikki said the driver screamed and ranted and threatened to let her off on the freeway. She said she tried calling her husband, but that upset the driver even more.

When I spoke with Vikki, she explained how harrowing and scary the experience was. She realized she was in the car with someone who was clearly mentally unstable and her life was at stake. Finally, when the driver arrived three blocks from her destination Vikki said he stopped the car and told her to get out.

Pachera immediately shared her experience on Twitter. Uber responded by sending her a link to file a complaint and later refunded her $5.

I contacted Uber and a representative told me, “We would never want a rider to feel this way; this type of behavior from a partner-driver is unacceptable. As soon as we became aware of this situation, we began looking into this and have reached out to the customer to understand what may have happened here.”

Vikki said she received a voicemail and then an email nearly a day later, after her story was aired on the local ABC news television.

The Uber representative told me the driver has had no other complaints, although she wouldn’t tell me how long he has been a driver. He has been suspended pending an investigation.

Vikki, who had been a frequent user of Uber, has disabled the Uber app and told me she would never use the service again. Instead she would now use taxis, where the drivers must pass police checks and have their name and medallion numbers on clear display.

She was very disappointed that Uber did not call back on the day this occurred, and described Uber’s response as mechanized, impersonal and uncaring.

Uber makes a point of comparing its screening to that of taxi drivers, and contends that it is equally severe and offers some anecdotal stories how some taxi drivers could not pass their screening. But clearly, many cities, including San Francisco, are looking into Uber’s screening process, which unlike taxis, does not use the police in the vetting process.

Uber provided this link that describes its screening practice and the criteria to hire drivers: newsroom.uber.com/2015/07/details-on-safety/.

What this and other stories point out is that passengers should take precautions when they get into a car with a stranger.

• Always have your cellphone fully charged and accessible; it’s your lifeline if you need help.

• Texting for help is better than calling, which can create a confrontation with the driver. Or try calling a friend, allowing that person to eavesdrop on the conversation.

• Turn on your video recorder, which will also record dialogue.

• Avoid UberX, the lowest-priced option with smaller cars, at night. The condition of UberX cars, owned by the drivers, varies widely, with many passengers reporting some are not in good condition. And, when the car arrives to pick you up, don’t get in it if it’s unkempt, old or in poor condition, or if the driver seems a bit off. In short, trust your intuition and your instincts before you get into the car, whether it’s Uber or a taxi.