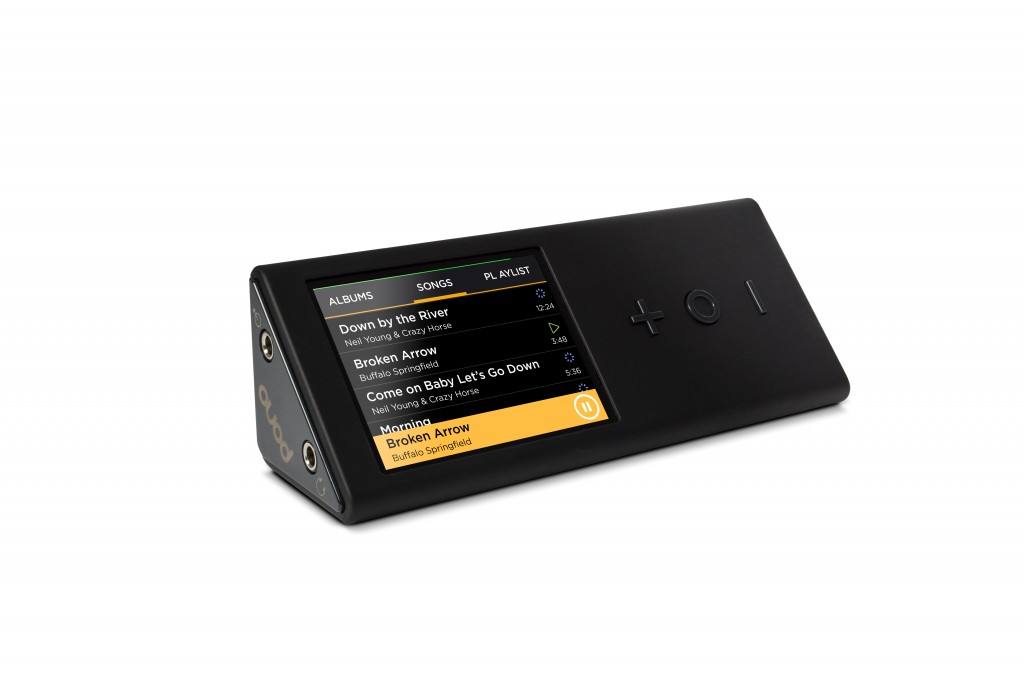 I’ve been closely involved with the design and development of the Pono hi-resolution music player over the past four years. It’s been a labor of love that began with a noble goal from rockstar legend Neil Young: Bring the same high quality music to music lovers that artists hear in the studio.

The goal has been to create a complete system for purchasing and playing, and a community for discussing the music and equipment: A one-stop source. That dream has been realized and has been making great inroads in bringing quality music to a broad audience, an audience that goes well beyond audiophiles.

There are currently 50,000 members of the PonoMusic community. You need not be an owner to join in the discussions at www.ponomusic.com.

It’s not been easy, because many have never heard music in its full fidelity and don’t want to hear that they may be missing something. MP3, a format that was developed to deal with expensive memory and slow bandwidth of the 90s, contains just 5% of the data from a hi-res recording. A CD has about 25% of the data.

It’s analogous to high definition TV. We were all content with 720 lines of resolution, but when we experienced 2000 lines and now 4000 lines, we can’t go back. Music is the only file format that has been degraded in this digital age; the opposite of video and photography. This is a fight to bring quality music back.

And make no mistake about this, most of us can hear the difference between these formats and hi-res. The difference is not just frequency response, but a dimensionality, a depth, a richness, and a feeling that stands apart from the flatness and hollowness of the compressed formats. Music is unique; it can change how we feel, brings back memories, and adds richness to our lives. Why would we want not to enjoy it in its fully glory?

When my wife listened to a prototype Pono player for the first time, she was almost in tears. As a chorale singer – she often sings with the San Diego Symphony Orchestra – she described it as sounding just like she was on stage, able to pinpoint the different instruments and hear the nuances and trailing off of the triangle.

Pono has also addressed the complaint we all have – purchasing music again. Because the industry is releasing more high resolution content, when you purchase an album from Pono, it’s the last time you purchase it. If that album is released in higher resolution, you get it for free.

What you purchase is free of any copy protection; it’s the best quality available and can be played on any other device. In many cases it’s the same file coming from the studio recording. Album pricing ranges from $10 to about $20, just slightly more than a CD.

This week the Pono player was selected by Stereophile Magazine, the world’s preeminent audio magazine, as Digital Product of the Year. In making the award, the magazine’s editors noted that this $399 player bested a $1100 player from Sony and a $2500 player from Askell and Kern, both very good products.

This award follows another received last month from the Rocky Mountain Audio Fest. The committee of worldwide editors of audio publications selected the PonoPlayer as the best portable player.

There is simply is no better way to listen to audio using a portable device.

What about headphones or speakers? Do they need to be expensive devices? No. I listen to my Pono Player using a variety of headphones and earbuds. For headphones I like Sennheiser’s Momentum series (from $199), Audeze’s EL8 ($699), the Solitude XCS2 ($169). For earbuds I like the Etymotic ER4 ($299), the Bose QC20 ($249), and the Klipsch R6 ($99) earbuds. I also plug the Pono into powered speakers from Audioengine. I use their Model 2 in the bedroom and Model 5+ in my office.

What about the music you already own? As long as it’s not copy protected, it can be played on the Pono Player and will sound better than you’ve every heard it before.

Is Pono for you? If you listen to music as background music only, then you’ll probably be content with low-res music. But if you love music and  listen seriously, then you owe it to yourself to try a Pono. It’s available from Amazon, Crutchfield, Fry’s, London Drug in Canada, and independent audio stores. All of these sellers offer generous return policies so that there is no risk of trying.