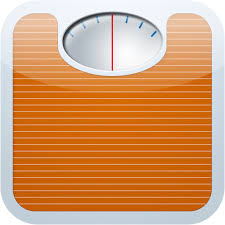 This review is not a cruel joke, appearing at Thanksgiving time. It’s about a subject that many of us struggle with, particularly frequent travelers that eat out and are away from home so often. I’m constantly battling weight gain, and like to say I’ve lost over 100 pounds through the years, the same 10 or 15 pounds multiple times!

I joined Weight Watchers a number of years ago, primarily because of their app that allowed me to easily track my daily food intake, in an effort to lose weight. It allowed me to record what I ate and better match my consumption to the daily allotment, determined by the app. One feature that made the app so powerful was its huge database of foods. Search for an item and up would come dozens of entries, making it easy to precisely match what you were eating. The app also let you track your weight, plot the changes over time, and track physical activities.

I found by entering what I ate at each meal, I was able to reduce portions and learned how many calories each item contained. I also felt better in that I was actively doing something to control my weight. My goal was not to temporarily eat less, but to change my habits permanently. Eat less, make better selections, and don’t binge eat. Instead of grabbing a handful of potato chips, I’d knowingly eat an amount equal to the number of calories I decided was acceptable.

When dining out, particularly at chain restaurants, the app’s database made it easy to make good choices. Its biggest benefit was learning to reduce portion sizes and find substitutes. Eating a burger between lettuce instead of a bun, ordering a salad with dressing on the side, and numerous other tricks, allowed to me to eat my favorite foods, but just less of them at each sitting. The reward was meeting or beating my daily target.

But the Weight Watchers app costs $19.95 per month! Yes, it came with some benefits such as access to a community, tips and recipes, and other advice. It also used their point system that was a substitute for calories. But, I was reluctant to cancel when there were months I didn’t use it. Psychologically, it seemed like I was giving up by doing so.

A few weeks ago when I decided to begin counting calories again, I decided to search the app store for a replacement. I looked at several of them, all free, and found Lose It! It’s available for Apple, Android and Kindle devices, as well as a Web client for computers.

What I discovered was one of the best, easiest to use and most helpful app for losing weight. It was far superior to the Weight Watcher’s app. It had a much easier to use interface and an even more comprehensive database of foods. I immediately cancelled my Weight Watchers account.

You begin using Lose It! by entering your information such as weight, height, age, and loss goal. It calculates your daily intake of calories, and you then simply begin entering your food. You can also use its built-in scanner to scan a package of food, which loads all of the nutrients and calories, making tracking even easier. It learns what food you enter and creates another list called “My Foods”, allowing you to more quickly search for your preferred items. You can even enter an entire meal with one click if you previously entered the details of that meal previously.

The app keeps track of all of your meals, calories, and weight loss, as well as carbs, proteins, and fat.  You can enter your weight as often as you’d like, and it provides an end date as to when it calculates you will reach your wight loss target.

I’ve rarely come across an app so well done, so comprehensive, and so beneficial. Lose It! offers a $39.99 upgrade for a yearly subscription to their premium app, but the basic app is so complete, I’ve yet to upgrade.

Lose It! also works with many activity trackers, including the Apple Watch and Fitbit. The Apple Watch displays your daily calorie input and allows you to add calories directly from the watch. On both devices it tracks your walking and will enter it as negative calories against your calorie totals if you exceeds a minimum level of activity.

I’ve been using the app for nearly a month and have lost about 2 pounds per week. We’ll see how things go after getting through the holidays with all the big celebrations and traveling. Of course, the app alone is insufficient; most importantly is your own commitment.