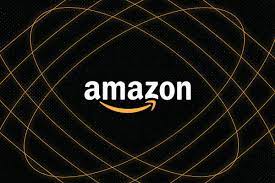 In a recent column I described how Amazon knocked off one of Peak Design’s iconic bags. They copied the unusual design right down to the trapezoidal shape of the label and priced it at a third the cost. They even used the same name, “The Everyday Sling Bag.” Peak responded by creating a parody video that made fun of Amazon. That video has now had more than 4.5 million views on YouTube, and turned this into a win.”according to Peak’s CEO, Peter Dering,

His initial reaction, in a recent podcast, was, “‘You pathetic, little, unbelievable … I can’t believe you even took the trapezoidal logo patch and put Amazon Basics on it.’  Like, ‘Have you no pride?…Frankly, every single product category has the real McCoy and you’ve got the generic knockoff.” ….And the fact that that happens so directly with the Peak Design Everyday Sling is, first and foremost, a nod to the prevalence of the Everyday Sling, and the fact that it’s a great camera bag, and that’s why it became the best-seller. And the reason that I’m a little bit less mad than you might think is that the people who are buying that don’t think that they’re getting a Peak Design bag. They understand fully they’re getting a knockoff version of that.”

He explains that his responding with the video wasn’t a sales and marketing tactic, but more like a catharsis, and a reaction to being slapped by Amazon. He considers what Amazon did as a recognition of Peak being important enough to copy one of their products. But rather than being egregious with his response, he decided to “take the high road and just pave that road all over your face.”

Dering’s reaction to Amazon was to attack them where they’re most susceptible, that being how the publice feels about Amazon. “Amazon’s greatest business risk lies in the public perception of them, and I do hope that that message lands on the right ears with Amazon. And I’m also a little bit optimistic that this video, which took this tongue-in-cheek approach, can be received much more thoughtfully than your standard whining, as it were. So, maybe some good will come out of it all,” explains Dering. That may be wishful thinking, but correct in being their best shot to fight back. It’s rare that a legal challenge from a small company against a large one ever works.

With Amazon becoming so big, a vendor’s ability to address issues on their site has become nearly impossible. Amazon is designed to automate everything, from listing the products to selling them. There is rarely any human intervention, and to try to get something fixed is usually impossible.

Amazon now is a huge faceless, soulless entity run by software code and algorithms. There’s essentially no vetting of the products being sold or their claims, or even who the vendor is. The reviews are subject to no human verification, and perhaps a third to a half of all reviews are fake.  Many of the vendor names are created just for use on Amazon and most of the Chinese vendors use a nonsensical array of letters, enabling them to trademark their brands. Some of the different brands, associated with what looks like the same product, are owned by the same company, enabling it to gain multiple listings of the same product and increase their odds of their product being selected.

Remember the prediction that robots, software, algorithms and automation will replace humans in doing all sort of things? Well, Amazon has become that entity, a superbly efficient, but heartless, emotionless machine using all of latest technologies to automatically populate its site with products, take orders and deliver them to customers with the least amount of human intervention than any other retailer in the world. The only human intervention is in stocking the warehouses and delivering the goods to their customers, but not for long. These are the areas where Amazon is in the forefront in automating their warehouses and beginning to deliver their goods using drones. The only way to fight back is to try to throw a rock into the machine’s gears to get some attention, and that’s all Peak could do.

Further evidence is emerging that shows how Amazon is trying to impose software algorithms even to their workers. They have created rules relating to the number of deliveries a driver is required to make that are automatically measured and, if not met, applies penalties or even termination. One of the unintended consequences is that drivers are peeing in bottles inside the delivery vans, because of the time it takes to find a public bathroom. Read this new article. “DOCUMENTS SHOW AMAZON IS AWARE DRIVERS PEE IN BOTTLES AND EVEN DEFECATE EN ROUTE, DESPITE COMPANY DENIAL”