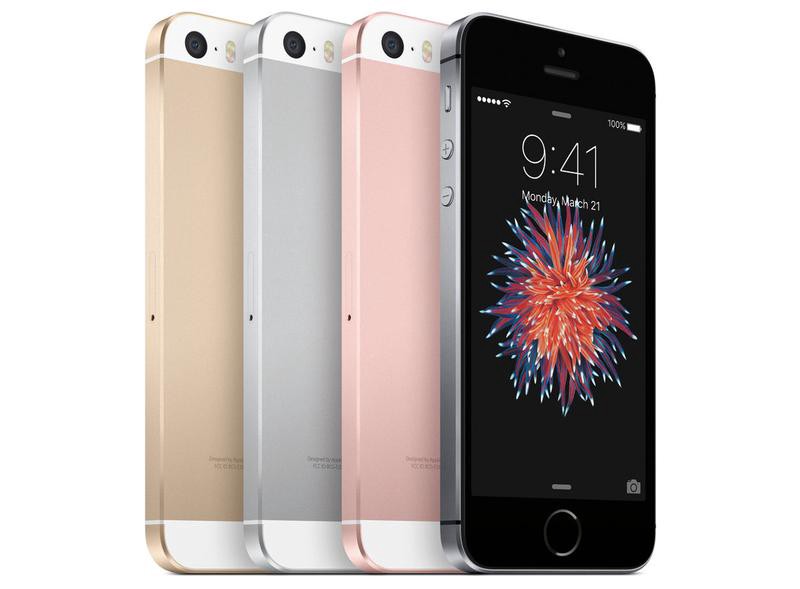 Apple’s most significant launch in years, and it’s nothing to do with the price

Here’s a puzzler: what sort of company is Apple?

The way you think about the question will also colour how you view Apple’s iPhone SE launch this week. If one thinks of them primarily as a consumer electronics brand, it might be time to pull on the emergency cord; if it’s a systems vendor, and you have shares with them, you may want to pour just a little extra Dom Perignon over your cornflakes in the morning.

One of the notable features about this year’s Mobile World Congress in Barcelona was how the hardware vendors looked like they were running out of ideas. And, in one sense, the iPhone SE supports that notion: Apple, the premium of premium mobile phone brands, is launching a cut price device to try and boost growth.

Before running to the hills, it’s worth stepping back and marveling at the staggering power of the iPhone. In fiscal Q1 2016, the iPhone contributed 68% of Apple’s total sales revenue, or $51.6bn — no other source of revenue (iPad, Mac, services) got into double digits; and that balance has remained more or less the same since 2009. Total company revenue was $75.9bn, quarterly profit of $18.4bn — both records for a company that has made mind-bending financial earnings seemingly routine.

On the one hand, this is a reflection of what a stunning achievement the iPhone is — not just once, but over many, many product cycles. On the other, if you’re listening to the likes of Pacific Crest analysts Andy Hargreaves and Evan Wingren or Katy Huberty at Morgan Stanley, to quote Private Frazer from Dad’s Army, “we’re doomed, Captain, doomed, entombed and marooned.”: iPhone sales are about to drop off a cliff, and the four horsemen of the financial apocalypse are getting their feet into the stirrups.

Let’s start by putting that argument where it belongs — in the bin, and not even the recycling bin. It’s hysterical nonsense. As of the start of this year, Apple had $215.7bn cash on hand, even taking into account $53.2bn of debt. There have been points in time when Apple has had more money available than the US government. The installed base of iPhones is somewhere around the 450m mark, and the investment of ecosystem around the iPhone is huge. Comments like “well, look what happened to NOKIA” also don’t hold up to even fleeting scrutiny. NOKIA’s financial position was nothing like Apple’s (at its peak, it had a market valuation of $120bn; Apple as of Tuesday 22nd March 2016 was at $587.2bn) and Apple doesn’t yet face the sort of competition NOKIA did — which was, of course, Apple.

But those numbers are driven by selling a premium product and there are only so many people who can buy a premium product, even with creative financing. Apple’s global market share is horribly skewed. Last year, almost half of its sales came from Western Europe and the US. Of the 36% of its sales in APAC, 70% came from China alone. So Apple is dependent on three markets — big markets, for sure, but markets where the easy growth is stopped. A market like India, for example, is only 1% of Apple’s sales.

Which goes a long way to explaining why Apple needed to launch a cheaper iPhone yesterday: if Apple is going to keep growing then it needs to sell more iPhones because the other products just aren’t going to do it. It needs to find a way to get to the people who can’t afford an iPhone today.

It’s an incredibly delicate balancing act: find a price that preserves the brand’s premium, but one that’s just close enough to the edge of aspirational that it feels obtainable. It bleeds into the product, too. Apple has called out India and China as being key target markets, yet those have been dominated by larger (4.5″ and above) screen size growth and marginal spec races, so Apple has loaded the SE with flagship specs — but had to compromise on a smaller screen size to get to a price point. It also can’t collapse value of its 6 and 6Plus… so it has to go for a smaller device to keep distance to the cream of the portfolio. The SE is still a quintessentially Apple product, but it has to bend to financial targets, too.

For all of Apple’s brilliant execution, if the iPhone growth stalls, Apple stalls. And stalling, even for a single product cycle, can be hugely damaging in mobile hardware.

But it’s worth reminding ourselves that as of 2007, the smartphone market didn’t exist. That’s right: a category that sold 1.4bn units with a total of almost $424bn of sales on hardware alone in 2015 wasn’t around in 2007. That sort of growth has never happened before; there will be a point when growth has to slow.

With Apple now available at a price point (~$399), the people who should be feeling the cold sweat running down the back of their neck this morning are the Chinese Android-based OEMs like Huawei, Lenovo and ZTE. Samsung, fresh from being upstaged at Mobile World Congress by LG may also feel an icy rush of adrenaline.

Android has always had a problem trying to be “premium” and “premium” for Android has always been at a lower price point than the iPhone. The average selling price of an Android phone in the US is $280; for the iPhone it’s $693. So imagine waking up this morning in Shenzhen and realising that a price point you thought was yours is suddenly occupied by your single biggest competitor. Where are your sales going to come from now?

And therein lies the rub: in order to sell more, mobile phone OEMs need to find a way to reach people who today can’t afford a smartphone. That means making them cheaper. And then cheaper again, and looking for marginal differences in specification to try and make your claim. And the industry wonders why it suffers from commoditisation.

So why should you have a heavy hand on your Dom Perignon? Quite simply because Apple is not a consumer electronics firm; compared to ZTE, Huawei, Samsung and Lenovo, it’s a vastly different enterprise. I would argue, as Horace Deidu, founder of analyst firm Asymco, does that in order to truly understand Apple’s value — both financially and technologically — it has to be seen as a systems company in order to capture the recurring revenue its huge installed base generates.

Deidu points out that an installed base of 450m iPhones with an average lifespan of two years generating $0.99 of software services revenue a day does very nicely, thank you. He goes on to point out that it requires only a fairly moderate growth rate across all of Apple’s portfolio to get a point where there are a billion Apple devices from the portfolio in the market generating a trillion dollars of cash flow.

So when you consider Apple as a product / service systems company driving an ecosystem with tremendous consumer retention and spending loyalty, the iPhone SE has the potential to be the starting gun for another round of huge growth. In this sense, the iPhone SE is actually Apple’s most important product launch of the last five years.

Even the most ardent of Apple fans would admit that the last few product launches haven’t had “must have” features, and the mobile phone OEMs still look mostly bereft of ideas. It’s a maturing category, with well-established incumbents who are competing on price, brand image and marginal technology differences. It’s a near perfect cocktail for disruption.

There are things such as advanced materials, new battery technologies, flexible screens and 5G that when combined may make the hardware space interesting and dynamic again — but when you combine those, the result is unlikely to be a smartphone as we know it today.

Instead, the problem that Apple is trying to crack is arguably several orders of magnitude bigger: how does it continue to grow its user base and continue to generate recurring revenue in a similar to way to how it has done with a much more affluent consumer base?

That battleground is going to be based on services — much less on hardware. But even so, the iPhone SE is Apple’s first step to finding a solution.