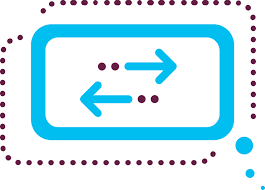 There are a few rules I’ve learned over the years relating to technology:

Well,  I just broke all of them going through cell hell.

It all began last week when I learned that Verizon was having a two-for-one sale on phones: Buy a new iPhone and get a second one free, as long as you add two new lines to your account.  (See rule 3). Since I promised my wife a new phone for her upcoming birthday, this would be a chance to buy her one and replace mine as well – even though my iPhone X was only 3-years old and working fine.(See Rule 1).

Adding two new lines would be simple. I’d have my daughter and my grandson, whose phones were on a T-Mobile account, move to my family plan on Verizon. Since I’ve been paying for their service, they voiced no objections and even thought their reception might improve, although they had few issues with T-Mobile. (See Rule 1).

This was the plan: My wife and I would get our new phones, have Verizon activate them with our current Verizon numbers, and then we’d port over my daughter’s and grandson’s lines from T-Mobile to Verizon using their existing T-Mobile numbers.  I spoke with Verizon and they said this should be simple to do. (See Rule 2.)

For my daughter and grandson to get their phones to work on Verizon, Verizon would need to send them each a new SIM card. What I didn’t realize – and was never informed –  was that these SIM cards each had a phone number associated with them, the numbers originally sent with the two new phones. (The cards had no indication of that and were identified just by a serial number.)

We called Verizon to activate our new phones with the numbers from our old Verizon phones, and that went quickly and without much difficulty. We did experience some issues with the phone’s Apple backup not working, and the need to reset a watch.

Now it was time to set up my daughter’s phone. Once she received her Verizon SIM card for her phone, we called Verizon together to arrange for her T-Mobile number to be ported over.  Verizon said it could all be done instantaneously while we were on the phone. We just needed to provide them with the T-Mobile account number and pin. (They never asked for information about her SIM card.)

While we were on hold, they sent the request to T-Mobile. We waited for her phone to accept the new number and Verizon activation, but nothing happened. Her phone never became active as we waited with the Verizon agent. After 30 minutes, they told us it could sometimes take up to 24 hours and we should be patient. All would work.

The next day her phone still did not work. We contacted Verizon to let them know.  The customer service agent checked with their porting department and found that when the original number was ported over, there was no card or phone number provided, so that was the reason it never made it to my daughter’s phone. The ported number was released by T-Mobile and reached Verizon, but apparently was in limbo.  The agent would need to contact their special provisioning office, but by this time, the office was closed.

This effort began at 2 pm on Monday, and now it was 6:30 pm and my daughter had a phone that didn’t work on either T-Mobile or Verizon. With some urging, Verizon agreed to activate her phone with the temporary number associated with the SIM card, giving her a working phone for an emergency.

The next morning I called back and went through our issue once again. This agent said they would need to reset the SIM card and try to reactivate. But they only reset SIM cards at midnight and we’d need to wait. I said that was totally unacceptable.

We escalated this to their sales provisioning office, where a 2nd level tech examined everything that was done and discovered that the ported number was associated not with my daughter’s SIM card, but with the other SIM card sent to my grandson.. So, all this time they were trying to port her number to a card not on her phone. This last agent attributed all of the problems to the original agent who didn’t ask which SIM card my daughter had, and picked the wrong one.

So 36 hours after we began, three of our lines are working as they should, but I loathe to work on the fourth. Don’t worry, said the last agent, it’s easy to do.”

Along the way I learned a few things.