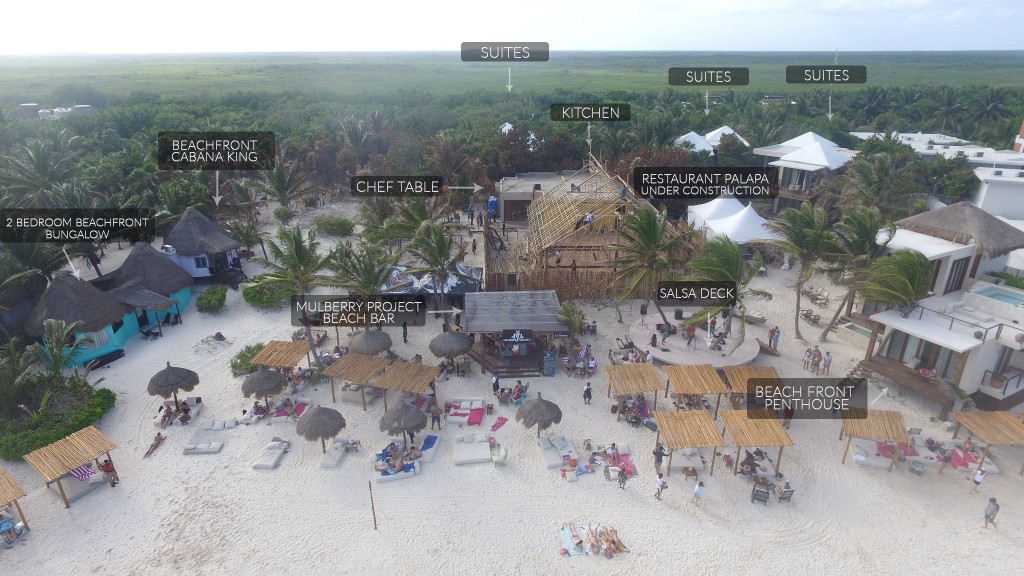 I’ve been fortunate to travel with my family to many exciting vacation spots, but rarely have I enjoyed a vacation as much as the one we just experienced. My wife, son, daughter-in-law and two grandsons visited Tulum on the Yucatan Peninsula of Mexico.  While we always expected to enjoy the beautiful beaches and tropical weather, what made this trip so special was the hotel, La Zebra, one of four in Tulum owned by a company called Colibri.

Sometimes, the best way to judge a hotel is by how they react when things go wrong. And they really went wrong for La Zebra. Less than a week before we were set to arrive, the building housing their reception area, restaurant, offices, and several rooms burned down. That has to be one of the great nightmares of any hotel.

What was so surprising was how well they handled this. First, the manager of the hotel called to inform us before our arrival. He apologized, in advance, for the possible inconvenience and noise of their reconstruction of the building, but encouraged us to still come. And, since our standard room had burned down, he upgraded us to a larger ocean front room.

After our arrival, every single person, from the parking lot attendant, the concierge, the waiters at the outdoor lunch area/bar, to the hotel manager, were extremely attentive and helpful.  In fact, each one could teach a class on customer service.

While we were there, a new building, a large palapa, was being constructed much in the way buildings probably were built for centuries: using roughly hewn trees strapped together to create the walls and a peaked roof with a thatched covering (see accompanying image). We didn’t find the construction noise to be overly loud or annoying, and in fact, I found it to be fascinating to watch the building arise in just a few days. Even so, the hotel brought in a terrific jazz quartet that played all day on the beach to eliminate the construction noise.

Of course, part of the enjoyment was our discovery of Tulum, a coastal village about an hour south of the Cancun airport. Cancun is a five hour flight from San Francisco; we flew on a non-stop United Airlines flight that was comfortable and right on time.

The Mayan ruins, with their waterfront setting, were very impressive The food at every restaurant we tried was superb and affordable. They made extensive use of local sustainable ingredients, and the prices were less than similar fare in the U.S.. Bring pesos – most of places don’t take credit cards or dollars. None of the many ATMs worked with our credit or debit cards.

If you are travelling with children, I recommend stopping at Xel-ha, a beautiful and sprawling eco-water park. Plan a whole day, as there are many activities there, such as tubing along the river, snorkeling, cliff diving, a rope climbing course over the water, and zip lining into the water. They have several places to eat lunch included in the price of admission – we chose the Mexican buffet, which surprised us by being really good.

Another nearby spot for kids and adults is the Grand Cenote, a large cave in which you can snorkel with fish and turtles.

And only a two-hour drive away is one of the Seven New Wonders of the World, the pyramid of Chichen Itza. Well worth the drive. They do take credit cards at the entrance but also bring some cash if you want to buy souvenirs from the many stands.

My impression of Mexico, formed mostly by the border towns across the border from San Diego, was shattered by this visit to the Yucatan Peninsula. And we’ll never forget La Zebra and hope to return again.