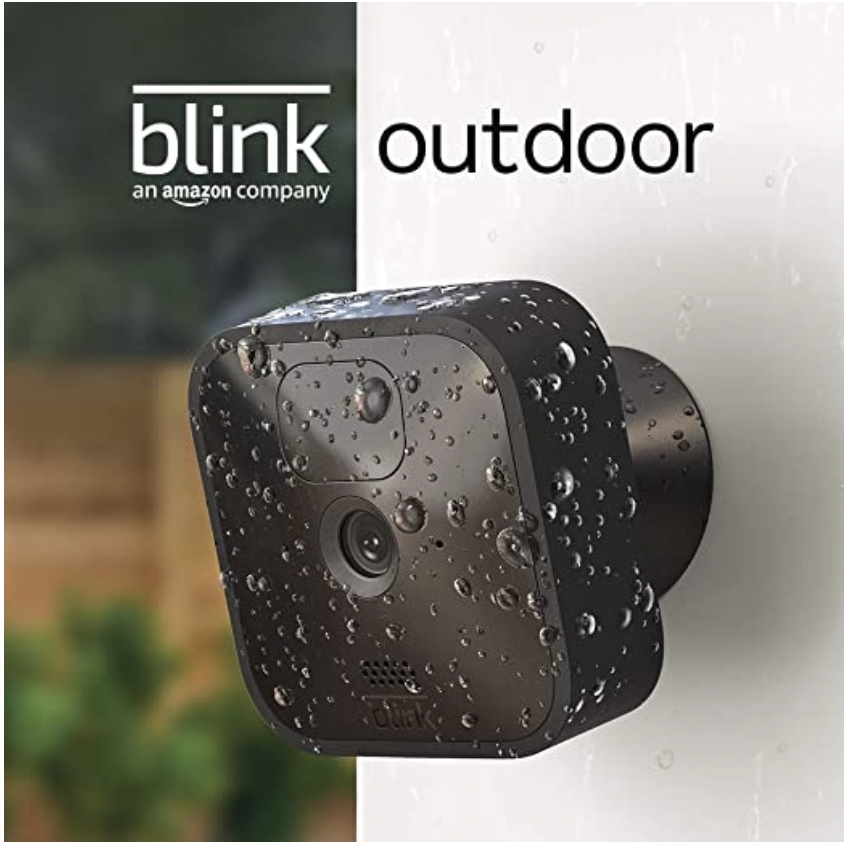 If you’ve ever thought of adding security cameras to your home, now is a good time to consider it. There are a number of inexpensive products that are simple and cheap.

Amazon’s Blink and Wyse offer battery powered cameras with good performance at a very low cost. I chose the Blink Outdoor camera that can be used both indoors and out and has recently dropped in price from $99 to $59, or three for $140.   (Costco offers a package of five for $199.)

Because they’re inexpensive, they’re not nearly the level of quality you’ll find with professional units that cost $100 to $200 each, are hard-wired, and expensive to install. The wireless Blink is not as sharp, has trouble capturing high contrast scenes, and is much less robust. Nevertheless, the Blink Outdoor is a good way to provide some basic home security. They’re designed to record the images away from the cameras, so even if they are intentionally damaged or stolen, your images are safe.

The Blink camera is almost toylike in appearance. It’s a lightweight black plastic box with a screw-on back cover and a lens and IR window in the front; there’s no off-on switch. I purchased the 3-camera kit, which came with the cameras, another unit called the Synch Module 2 and its own power adapter,  three camera mounts, and 3 sets of AA lithium batteries. The cameras can be mounted anywhere indoors or out or just positioned on a shelf or ledge.

Installation is simple and took about 15 minutes. Download the app, plug-in the Sync Module, and follow instructions that include entering your WiFi password and scanning the QR codes on each item. The Sync Module acts as an intermediary between the cameras and your home WiFi and should be located indoors approximately equidistant from the cameras. It also has a port that you can use to plug in a USB memory stick to save your images.

Optionally, you can subscribe to Blink’s cloud service to save your images in the cloud for about $100 per year or $3/camera per month. You’re automatically registered in this service for a free 30-day trial and then need to cancel if you don’t want to pay. It’s easy to cancel right from the app, which I did right away.

The app lets you view live action or stills on your phone from any of the three cameras. You can add additional cameras and view them all from the same screen on the app. You have the option of turning on motion detection, which sends you a notification when motion is detected.

The image quality is 1080 pixels, about twice the quality of a notebook camera. How sharp is that? From across a 15 foot room you can count the books on a bookshelf but not read the titles.  When positioned in a room, it can provide a good image of the room, but the outdoors is often washed out. The IR capability allows it to work in lower light levels indoors, but it can’t work in the dark. At those low levels the image switches from color to black and white to retain its sharpness.

One design issue is that the mounts that attach the camera to a wall are difficult to attach and easily detach -it’s a poor design. That explains the large number of accessory products on Amazon, including better mounts for mounting on a wall, clipping to rain gutters and vinyl siding. When used indoors it’s just as easy to place the camera on a bookshelf or counter without using a bracket.

Until I found after-market mounts, I considered returning the cameras, and that led to a discovery. Even though Amazon said the product can be returned up to January 30, they will not provide a shipping label. They require you to make a call and discuss the return with a customer service rep. After a lot of double-talk the rep explained they will provide a refund, but do not want the cameras to be returned.

I’ve reviewed other cameras over the years and have found them useful for checking my home when traveling, checking pets and just providing reassurance that my home was still intact. With the cost of these cameras now so low and setup so easy, adding security cameras is a no-brainer.