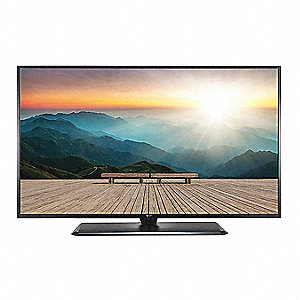 If Apple is looking for an area to replace the slowing sales of the iPhone, I suggest they need to develop a real Apple TV with its own operating system and a top quality display, This could be a huge success and provide a solution to a confusing problem most of us face today. If you’ve ever tried to make sense of the options for watching movies, accessing broadcast stations, or finding an alternative to your expensive cable systems, you understand how confusing it can be. Many of us want to replace our cable service, but how can we do it? Nearly impossible to shed those $200+ monthly bills without losing some of your favorite channels.

Currently, the Apple TV designation is simply another device and service to stream entertainment, a technology often built into TV sets and DVRs for free. Apple needs to think big instead of playing catchup with another me-too product.

The home TV and entertainment space is one area where we need a much better way to search, schedule and watch our programs; something to replace the confusing mess of services we endure. Currently, most of us have our TV’s operating software, a cable service with its tuner box, a DVR with its own operating system, and a plethora of remote controls to control each one. The home TV can also serve as the hub for many other in-home services such as security and communications. But no one has come close to tapping the potential. It’s much like the confusing cellular services we once had until Apple came along with the iPhone.

When HDTVs were first introduced, there was talk at Apple about doing such a product, but displays were expensive and Apple knew it couldn’t compete with sets from Vizio and other brands building their sets in   in China. But now that the HDTV sets and displays have plummeted in cost to about one-tenth of what they once were, many would be happy to pay a couple of hundred dollars more for a well-integrated, easy to use home  entertainment system, if was as easy to use an an iPhone or iPad. Especially if it could provide competition to the cable TV monopolies.

Few other companies are in the position to do what Apple could do. A single sign-in for all services, the ability to send your iPhone or computer display to the TV, a way to select the services you wanted, and then let Apple provide the menu or apps you need, selected from an assortment of providers.  They could include such options as a cloud-based DVR, WiFi hub, built in digital phone system, security monitor, phone, photo playback, video game center, and so much more.

Apple products are defined by screen size, from the one-inch watch display to the 6-inch iPhone to the 10-inch iPad, 15-inch computer. The next natural step is a 60-inch TV. It’s simply extending screen sizes upwards to the next logical step

This product  could fuel Apple’s growth for another decade and become the true home hub for entertainment, security, computing, communication, music and photography. It’s a very big task that only a company like Apple could undertake and have a good chance to succeed.