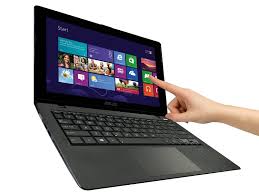 If you’re in the market for a new portable computing device, there are more options than ever. It used to be easier, just choosing between a Windows computer or a Macintosh. But now there are Windows machines with and without touch displays, tablets, and Chromebooks from Google.

What to buy begins first with what you want to be able to do. Once you figure that out, then your options become clearer.

If you do productive work such as writing, creating spreadsheets or presentations, managing your finances, editing photos, sending surveys or invitations, etc., then you’re best off with a notebook computer. You’ll have a full-size quality keyboard and access to all of the powerful programs capable of running on the hardware. Whether you choose a Microsoft Windows or Macintosh product, you’ll find the greatest capabilities to do whatever you need with a fully powered computer.

In spite of Apple CEO Tim Cook proclaiming that the new larger-display iPads with accessory keyboards can replace a computer, that just doesn’t compute. I tried out the 12.9-inch iPad Pro for several weeks, and while it’s a great device and good for some activities such as drawing and taking notes with its pen, surfing the net, writing, and viewing videos, it’s not a computer substitute for most of us. Few powerful programs are available and, with no file system, it’s hard to manage the numerous documents you’re likely to create.

For Mac fans, among their notebook computers, I’d recommend the 13-inch MacBook Air ($899) or, if you want something as light as possible, consider the 12-inch MacBook ($1299) that has the same 2-pound weight as an iPad, and Apple’s highest resolution display. But the Air is the best value in the MacBook line and is lightweight and sturdy.

For a Windows machine, the Microsoft Surface Book ($1499) is a beautifully designed computer with a removable touch screen that works as a tablet.  The Microsoft Surface Pro ($899), with a cheaper feeling keyboard covered in fabric, is the best combination tablet and computer in one device. Unlike iPads, this product uses a computer operating system, Windows 10, and works with all Windows software. But, be aware that Windows 10 is still somewhat buggy, and the use of a touch screen with Windows takes some getting used to.

While I like the all-in-one nature of the Microsoft hardware, I prefer the Mac OS for simplicity and reliability, and because it’s less likely to be attacked by viruses. Windows 10 is less mature and not as reliable.

And while there are other brands that have decent notebooks, including Lenovo, HP, Dell, and Asus, their support is generally not as good as Microsoft or Apple. Portable computers are complex devices and subject to more abuse than if they were sitting at home on your desk.

With Microsoft and Apple, you can walk into their stores, assuming you live near one, and often get the computer fixed the same day. If there’s not an Apple store nearby, their phone support and mail-in service are superb. My Apple MacBooks have needed occasional repairs, and I’ve been able to get them fixed usually within the same day.

One of the big surprise hits that’s rarely discussed are Chromebook notebooks. They cost as little as $199, yet look just like and work much like a notebook computer. They have slower processors and lower-quality displays, but they can do much of what you do on a $1500 computer. They rely on using software in the cloud for storing and writing documents and accessing applications, so you need a WiFi or cellular connection most of the time. They are widely used in elementary and middle schools, but they’re also great for traveling, eliminating any concern about your computer being stolen, since most of your contents are in the cloud. Good models are available from Toshiba and Acer, among others.

Lastly, a tablet such as an iPad is sufficient for those that have no need to do serious productivity tasks, but instead want something that lets them surf the net, buy online, play games, read eBooks, and watch video. Their big advantages are being much easier to use, more reliable and less costly than notebooks. And you don’t have to take them out of your suitcase when going through TSA security at the airport!