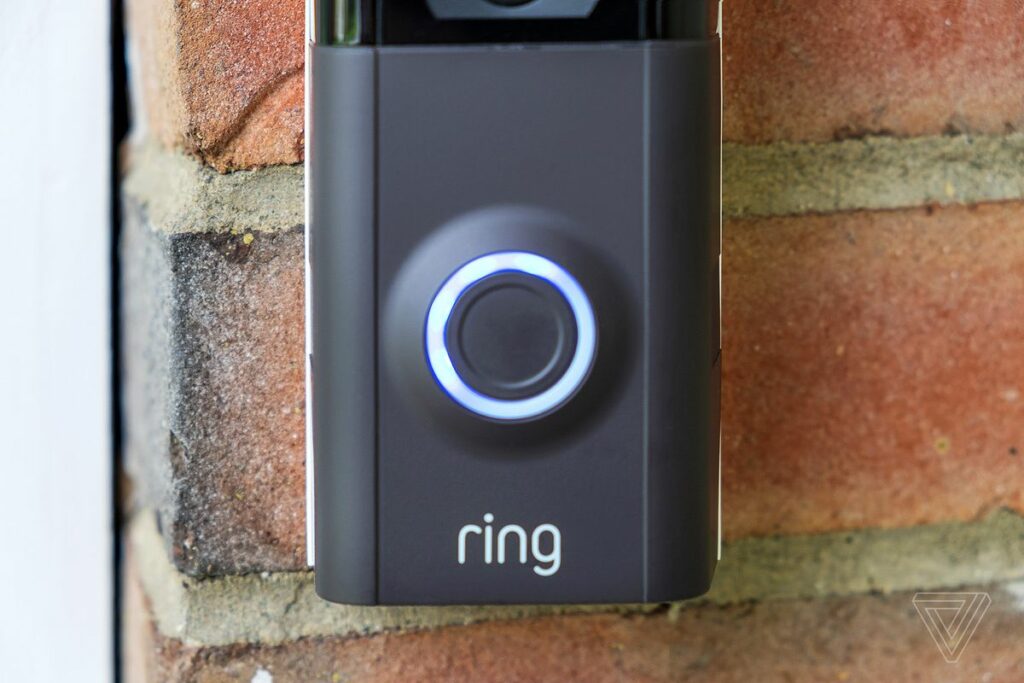 Each Friday morning I receive a notification on my phone telling me that my personal security report is available for my neighborhood. It presents a map with pins where there have been criminal incidents over the past week. It’s one of the “benefits” I get with my Ring doorbell, along with being able to review videos of people coming to my door, at a cost of $3/month.

The doorbell camera, a category invented by Ring, is one of the cleverest tech inventions in recent years. Someone can ring your doorbell while you’re not at home, and a message pops up on your phone showing the person at your door. You can speak to them from your phone and they might even assume you’re speaking from your home. It also detects motion of a delivery person so you know when a package has been delivered.

Ring can also be used without a monthly payment, but you lose the ability to retrieve videos that just occured or those occuring anytime earlier. That means if you get an alert that someone was detected at your door, you are not able to go back to see who it was.

Ring has been so successful, it was bought by Amazon in 2018 for $1 Billion. That was several years after its founder Jamie Siminoff struck out when he pitched his idea on Shark Tank.

But Siminoff was not content to just invent and sell more doorbells. He wanted it to be used to help address neighborhhod crime. “Our mission to reduce crime in neighborhoods has been at the core of everything we do at Ring,” he wrote at the time.

Over time his mission has crept into an area where he and Amazon have been accused of violating our privacy by making the videos recorded on our cameras at our home available to law enforcement without a warrant. For a while they were even available to Amazon employees and hackers. As noted by the Electronic Frontier Foundation, “Ring has steadily been becoming one of the largest surveillance apparatuses in the nation.” And at the same time they’ve done little to protect their customers’ privacy.

According to CNET, “Over the past two years, Ring has faced near-constant (and usually deserved) criticism for its security and police partnership policies, which facilitated video sharing between video doorbell owners and criminal investigators without the use of warrants.”

Ring allows and encourages police departments to access door cam video footage using RIng’s Neighbor app. By tapping on a button in the app, it will let Ring customers in the vicinity of the incident under investigation share footage with police. When you do this, Ring will provide your name, home address and email to the police.

As of March 2021, Ring has partnered with over 1,700 local law enforcement agencies and 300 fire departments. And during the fourth quarter of last year, Ring’s partner agencies sent over 5,700 video requests to video doorbell owners and criminal investigators without the use of warrants. Ring also been criticized for cooperating with the police to share videos based on racial profiling.

In 2019 more than 30 civil rights organizations wrote a letter to Amazon with their complaint: “With no oversight and accountability, Amazon’s technology creates a seamless and easily automated experience for police to request and access footage without a warrant, and then store it indefinitely,” they wrote. “In the absence of clear civil liberties and rights-protective policies to govern the technologies and the use of their data, once collected, stored footage can be used by law enforcement to conduct facial recognition searches, target protesters exercising their First Amendment rights, teenagers for minor drug possession, or shared with other agencies like ICE or the FBI.”

There’s nothing wrong in principal with helping law enforcement solve crimes by providing access to our videos, but it’s occuring without warrants, something always previously required. With the proliferation of Ring doorbell cameras, our neigbors are sharing videos that often includes our own property and public spaces without our permission. Some may also include ourselves going out for a walk. With facial recognition, our identity, location and activities are easily monitored without our permission.

If you are asked by police to share your video Consumer Report has a primer on what your options are.

There are other doorbell cameras that allow you to save your videos on the device or on a remote unit inside your home and avoid using a cloud. One of them is made by Eufy that contains on board memory and has no monthly charge, althought their initial cost is higher.

What we’re seeing here is the continuing loss of privacy that continues with few restrictions. It started with Google, then Facebook and other apps, and then with our devices that we own. The common excuse is it’s done to provide a convenience to us, or a free service, or some other benefit. Before we know it, we will have lost allprivacy and anonymity.