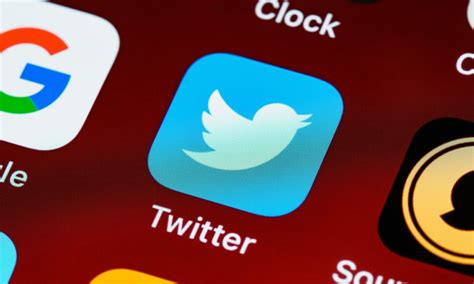 When my wife was shopping for a new car a few months ago, she refused to consider a Tesla, even though several friends love them and they’re one of the best cars being made today. She wanted an eco-friendly car and the Tesla seemed like a great choice. But she wouldn’t even look at a Tesla because she despises Elon Musk. While she respects his accomplishments, she considers him to be a boor and not a very nice human being.

Based on what’s been happening the last few day, I’d say she’s a very good judge of character. With Musk’s offer to purchase Twitter and take it private, he’s shown just how boorish he really is, tweeting a barrage of messages that are simplistic, inflammatory, and insulting to anyone that disagrees with him.

There’s much speculation about how he will change Twitter after taking control. He says he wants it to be an uncensored open public square and criticizes the current moderation that’s been used to prevent false information from being posted including removing Trump after claiming his election was rigged. But if the past few days are an example, he’s about to blow things up once the purchase closes.

Some are minimizing just what harm he can do, saying it’s just talk. That reminds me of when people reacted to Trump’s outlandish comments during his campaign – that he would show more gravitas after settling into the presidency. We know how well that turned out!

In one tweet Musk says, “Attacks are coming thick and fast, primarily from the left, which is no surprise, however I should be clear that the right will probably be a little unhappy too. My goal is to maximize area under the curve of total human happiness, which means the ~80% of people in the middle.”

That’s a very simplistic view because he’s ignoring the huge amount of disinformation that these platforms deliver, and he equates the far right that is trying to subvert our election process with an equal number on “the other side.” Consider that polls show that 37% of the voters think the last election was stolen.

Mark Cuban responded, “It’s easy to be politically neutral. It’s hard to be neutral about health and safety issues.”

The most egregious tweets were about several current employees of Twitter. As described in the Washington Post,

“Two days after striking a deal to purchase Twitter, Elon Musk used his powerful Twitter account to elevate conservative criticism of two executives at the social media company, roiling a workforce already uneasy about how he will balance his abrasive social media style and embrace of free speech with his stewardship of the company.”

“On Wednesday, he tweeted a meme to his more than 86 million followers with the face of Twitter’s top lawyer, Vijaya Gadde, that appeared to suggest the company’s decisions are affected by a “left wing bias.” The tweet came hours after he criticized a 2020 policy decision Gadde made, and was in response to an earlier tweet from a political podcast host calling her the company’s “top censorship advocate.”

“Twitter users quickly piled on — calling on Musk to fire Gadde or using racist language to describe her. Gadde was born in India and immigrated to the United States as a child. One user said she would “go down in history as an appalling person.””

In response, Dick Costolo, former CEO of Twitter, replied to Musk, “what’s going on? You’re making an executive at the company you just bought the target of harassment and threats.”

Why would Musk do this? Kara Swisher, one of the most astute tech reporters and Musk observers, explains it this way: “What’s going on: He’s trying to goad people into leaving and it’s an odious way of doing it. Speaking of which, you can be sure to keep up with the payments he needs to make, there will have to be significant layoffs at twitter. He’d rather they quit, than pay them out.”

In fact, Musk has a history of treating his employees with disdain. Tesla is being sued by the State of California for the racist treatment of its black employees. Perhaps this is more of the same.

Musk is brilliant when it comes to products. He has created the electric car industry almost singlehandedly and has built the most advanced rocket company and space exploration company. But being brilliant does not mean being smart in all areas. He’s now showning a level of idiocy with regard to Twitter that is about to play out. It reminds me of Henry Ford, the original automotive magnate who was a virulent anti-semite.

Finally, of all the tweets about Musk, this is my choice for the best:

dave karpf@davekarpf tweeted “Look, I’m no business genius. But if MY fortune was tied up in running a company that sells luxury electric cars to left-leaning consumers, then I probably wouldn’t go full Breitbart just when bigger car manufacturers have started releasing their own lines of electric vehicles.”

My wife ended up buying a Toyota RAV Prime plug-in hybrid that gets 50 miles from its battery and another 350 miles on gas, and is happier than ever she did not buy a Tesla.