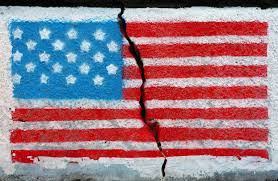 If you’re a normal sane human being, you’ may be as frustrated as I am about how people are reacting to protecting themselves and their neighbors against Covid. We see so many exhibiting a total lack of logic and common sense. What seems obvious to us, wearing a mask and getting vaccinated, is not to others. What makes sense to us, makes no sense to them. What’s going on?

When offered a way to essentially eliminate the risk of dying from a once-in-a-century pandemic, these people refuse to get vaccinated, while making up all sorts of excuses, often turning it into a political statement with a level of fervor rarely seen. Using logical arguments fail. You cannot reason with them, once their mind is made up. They just keep coming up with one excuse after another for not taking the life-saving vaccine or not wearing masks. You don’t see this with wearing seat belts, wearing helmets on a bike, or even taking other vaccines.

It’s not only their excuses and refusal to comply, it’s their meanness and lack of compassion for others that somehow has turned them into zombies. And it’s not confined just to outliers, it’s our neighbors, friends, and relatives that otherwise might be more normal.

While we can blame the fact that many get their news from sources that twist and distort the facts, such as Fox and Facebook, that doesn’t fully explain it. Family members will try to reason with them with little success.  Their own doctors, medical experts, scientists, essentially every reputable expert, explains the benefits, but to no avail. These people just want to believe what they do and nothing will change their minds. Some either believe they’re impervious to the virus or standing for some cause that is more important than even dying.  The only thing that will change their mind about getting a vaccine is if a loved one or a close friend dies or becomes seriously ill. And even then, not always. Are they just stupid or is it something else? Is it a defect in the human species?

Then there are commentators and politicians that are far worse than these people. Most are not dumb; they are conniving, calculating, immoral, and they know better, but are using the vaccine and masking to advance their careers, their ratings or their standings in the polls. They wake up each morning and figure out how more outrageous they can be than the day before.  They use their position to foster doubt, to convince others to avoid the vaccine or basic safety measures that they know reduces the spread of the pandemic in their community. They are using their positions of influence to propagate more deaths. They are literally killing others to help themselves.  These people are the definition of evil.

A few specifics: Governor Abbott of Texas has declared that schools need not report cases of Covid, but still need to report cases of ticks. And the DeSantis of Florida withholds aide to school if they enforce a mask requirement and threatens to withhold pay to the local school employees. Rand Paul and Ted Cruz make equally outrageous comments. Apparently outrage sells to their crowd of supporters.

Are we now living in a world where up is down and down is up? It sure seems that way. Seems like more people are saying they will do what they want and show no consideration for their community.

So what are we to do?  The first thing I did was to look around the world to see how we compare to others. While there are fringe groups and pockets of this behavior in other countries, we seem to be worse than many.  For example, Australia, Canada, Taiwan, and Korea are much better behaved.

I’m facing the reality that the USA is not what we thought it was – a country with smart, hopeful people, a defender of liberty and democracy.  While that became evident after Trump was elected, we are learning that Trump may not have been a fluke, but a new reality. It was the first time I thought I could easily move to another country, if I didn’t have to leave family behind.

So what can we do? Our choice is either to become outraged with every outlandish news story or to simply avoid the news and live in our bubble with friends of similar beliefs. We only get angrier when watching the cable shows, especially the 24-hour news channels with constantly breaking news that try to keep us outraged and angry. Our constant exposure to this makes it worse, and makes us more like those we criticize. We can control what we are exposed to and that’s the first step to reducing the madness.