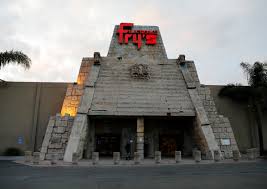 In 1985, a few years after moving to Silicon Valley, a new 20,000 square foot store opened in Sunnyvale, called Fry’s Electronics. It was founded by the same family that had run a regional supermarket chain by the same name. It was one of the first super-sized stores in the area to specialize in electronics, preceding Circuit City, Best Buy, CompUSA, and The Good Guys.

The store was unique: it also carried groceries and promoted itself as the first store where you could buy both computer chips and potato chips, a particular attraction to the huge engineering community. Engineers appreciated shopping efficiency and avoiding a second stop!

The store was hugely successful and became the go-to location for seeing and buying the latest electronic gadgetry.  “Going to a Fry’s store is entertainment in itself; for a geek, it could be recuperative,” wrote former Apple exec Jean-Louis Gassée in a 2019 blog post.

Fry’s became known for running sales with multi-page newspaper ads in the San Jose Mercury News, and became on their largest advertsisers. Soon they moved to a much larger location a few miles away and attracted even larger crowds. Fry’s continued to thrive, often with huge checkout lines leading you like cattle down a couple of one-way aisles, where they’d make one more effort to sell you candy, soft drinks or the latest gadgets. Fry’s line of check-out registers were unique, often 30 or more of them in a long line, with an employee at the head of the line directing you to a particular cashier holding up a large numbered sign.

The selection of products was immense. Dozens of CD holders,  hundreds of computers all lined up on display tables to try, a long row of  telephones and answering machines on another aisle. Clock radios filling another aisle, a huge wall filled with computer bags, and more aisles filled with boxes of computer software.

It was a fun place to browse to see what was new. It’s where you went to find products you never knew you needed and leaving with something you never knew existed.

Its second Sunnyvale location was the first to have a theme; it was designed to look like the inside of a computer. The walls were decorated with huge 3D sculptured resistors, microchips and capacitors, and other circuit components, with the floor painted to look like a circuit board. Even the door handles were adorned with ENTER and ESC signs shaped like computer keys.

Over the years, Fry’s rapidly expanded and opened up more stores between San Francisco and San Jose. Each was decorated with a different theme, such as the wild west, an Egyptian desert, and Atlantis. Then they expanded into Texas, Las Vegas, Washington, Oregon, and further east.

But throughout its life, Fry’s, was always a little quirky, a little odd in how it was run and in its treatment of its customers and its vendors. Their customer service was never very good. You rarely could find an employee who new anything about the products they sold. They were polite but clueless, and you were completely on your own, not that it mattered to their unsually well-informed customers. Their shelves often had returned items right next to the new, sometimes in damaged boxes with missing parts.

If you ever needed to return anything, you’d need to plan on at least a half hour, with the return process involving multiple employees running off to make Xerox copies of your paperwork. The store that sold computers seemed to be the least computer savvy in their own operations. You’d almost think the return process was intentionally designed to make you never want to return an item ever again. When you left the store, a guard would check everything against your receipt, eyeing you carefully.

Within the industry, Fry’s had a poor reputation for paying their bills on time and often took months to pay vendors, or freely return unsold product to avoid paying at all. But most vendors were forced to deal with them, with Fry’s being such a powerhouse.

During the past few years, the stores began to show their age as partially empty shelves began to appear. Rather than close, they remained open and continued to deteriorate before their customers’ eyes. Those empty shelves turned into empty aisles, then into empty sections of the store. What was happening behind the scenes was that Fry’s was unable to buy merchandise on credit.  That meant they could only get shoddy merchandise from desperate vendors, much what you’d see on late night TV or in dollar stores. Some had “as sold on TV” signs, and other bore no relationship to tech. The stores had become depressing and mostly barren.

Not unexpectedly, Fry’s Electronics announced this week that it’s shutting its doors for good. They explained, “After nearly 36 years in business as the one-stop-shop and online resource for high-tech professionals across nine states and 31 stores, Fry’s Electronics, Inc. has made the difficult decision to shut down its operations and close its business permanently as a result of changes in the retail industry and the challenges posed by the Covid-19 pandemic.”

Forbes reported on a series of issues about Fry’s customer service and questionable business practices. Among the allegations was that the company had an internal policy, identified as “the double H” or “hoops and hurdles”, to delay or prevent customers from obtaining refunds. Fry’s advertising methods have also been criticized. In 2003, actors Denzel Washington, Bruce Willis and Arnold Schwarzenegger sued Fry’s for $10 million each for posting their images on television sets on their print ads and flyers without permission.

In 2008, Fry’s vp of merchandising and operations was charged for taking illegal kickbacks from their vendors. He embezzled $162 million to cover his gambling expenses.

When history is written, Fry’s will be noted as an icon of Silicon Valley, a strange, secretively run company, that had a huge impact on electronics retailing, but one that failed due to the times and from the way it was run.

Today, most of the super-sized electronic stores are gone, as well as the smaller Radio Shack stores. What’s left standing is Best Buy, that’s managed to survive and prosper after years of decay, also with empty shelves and poor customer service. But with new management, they’ve refurbished their stores, vastly improved in-store customer service, have become more price competitive, and expanded their online sales. It’s been a surprising turnaround that shows some retailers can succeed in this age of online shopping.