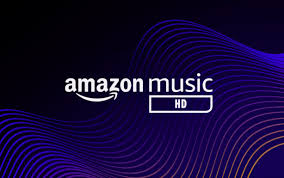 Amazon’s new high resolution music service was announced this week and it’s a significant milestone for streaming music. As my friend and co-author, Neil Young described it, “Earth will be changed forever when Amazon introduces high quality streaming to the masses,” he said in Amazon’s press release. “This will be the biggest thing to happen in music since the introduction of digital audio 40 years ago.”

When we began writing our book, To Feel the Music, we were hoping that one of the major tech companies would step up and, fortunately, Amazon was that company. What makes this so important? As chronicled in the book, over the years audio quality got worse and worse, mostly because of the lack of caring by the tech companies, in particular Apple and Google. With low quality becoming the norm, phones and audio hardware designers paid little attention to audio quality, and artists drifted away from recording in hi res.  It has been a race to the bottom, until Amazon decided to take the lead.

My take on this is in an interview I did today for KPBS.

The record companies are also at fault, insisting on charging more for hi res music, so much of a premium, it sold poorly.  That made no sense, because in the past all formats cost the same. But the greed of the recording companies thought they could take the same performance and see it for different prices, depending on the quality. It was as if a photographer charged you $2000 to take blurry pictures at your wedding and $4000 if they were sharp, even though the work was the same.

I’ve been trying out Amazon’s new service and it’s really excellent, particularly for a service that just launched. Cost is just $12.99 per month. That compares to another niche hi res service Tidal that charges $20 for its proprietary format that is not as good as Amazon.

Amazon has now set the standard, and it will be interesting to see if Apple, Google and Spotify follows.  Spotify, the world’s largest streaming company, charges $9.99 per month and delivers music at much lower quality, similar to AM quality.

I’d recommend trying out Amazon’s new music service and availing yourself of a free 90-day trial. Discover for yourself why this is the biggest thing to happen to music since the introduction of digital. It’s a huge inflection reversal to the degradation of audio that began with the invention of the CD.